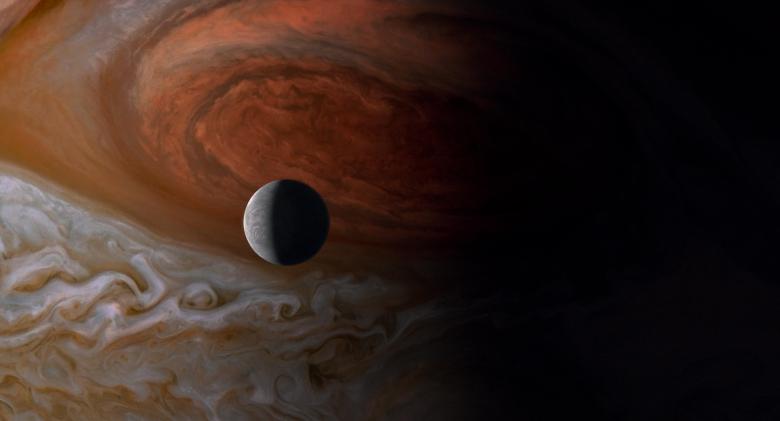 Terrence Malick’s “Voyage of Time: The IMAX Experience” (narrated by Brad Pitt) ambitiously picks up where he left off in the trippy prologue to “The Tree of Life”: documenting the birth of the cosmos and humankind. It’s his first doc and, if nominated for the VFX Oscar, that would be a first for the category.

As with “Tree of Life,” the VFX were overseen by Dan Glass (“Batman Begins,” “The Matrix” sequels) , creative director of Method, which served as the lead VFX studio. In fact, “Voyage of Time” was made in parallel to its 10-year journey to the big screen (the feature version, “Life’s Journey,” narrated by Cate Blanchett, contains broader appeal than the IMAX educational market).

READ MORE: Enabling Terrence Malick: What It’s Like to Be His Producers

Leveraging R&D from “The Tree of Life” outfit in Austin called Skunkworks, Glass and the VFX team further developed chemical experiments with liquids, dyes, gasses and fluids filmed at high-speed, both in Austin and London.

Again, with no formal script, Glass wrangled the entire timeline of life on earth— from the Big Bang to the dinosaur age to our present human world — in part with inspiration from the sweeping landscapes of 19th century painter Albert Bierstadt. “Working with Terry is one of the greatest experiences I’ve certainly had, and you’re challenged to, in some cases, to come up with things from scratch that he’s looking to feel real,” Glass told IndieWire.

“The way he shoots is interesting in itself, and well worth observing when we’re then trying to produce in the CG world,” he said, “because he wants everything to feel independent of observation and trying to make you unaware of camera as much as possible. And if you’re literally trying to place everything in a frame, removing any sense of that placement can be surprisingly difficult.”

There were four areas of emphasis: Creating astrophysical imagery before the solar system existed and then conceiving and visualizing the futurescape of our universe; representing the protoplanetary disk that formed and condensed to become our solar system; imaging the first unicellular forms of life in all their majesty and motion; and reconceiving extinct animals and convincingly blending them with analog equivalents where they exist today.

“It turned out well given recent advancements in scientific visualizations,” Glass said. “It’s like a photographic image that includes lens aberrations and all the stuff that we do in compositing. They do that so they can compare it with the satellite imagery of space. As a result, there are a wider selection of simulations that are much more beautiful and interesting.” “Voyage of Time” end of earth

The cellular work benefited from the efficiency of some of the better renderers (including V-ray), dealing with high levels of translucency in those kinds of environments.

The microbial realm was one of Glass’ faves. “It’s a great combination of trying to build worlds that are familiar and playing off familiarity [with more dynamics],” he said.

The creature work was also vastly improved from “The Tree of Life.” The subtlety of skin texture, muscle movement and the response to light is much more convincing. There’s a sequence with a mother and child Parasaur in the Red Woods and on a beach; a Gorgonopsid (a large, four-legged, dog-like creature) in the desert and the flying Pterosaur.

“Terry has strong core rules: keeping camera movement limited and play in depth rather than cross frame,” Glass said. “Initially, it feels quite constrictive but inevitably it produces some very strong visuals. Terry likes to get in there and feel the experience and make sure that you’re rooted in scientific truth.”

This Article is related to: Awards and tagged Below The Line, IMAX, Terrence Malick, Voyage Of Time