The famed primatologist and animal rights activist stressed the film's importance at a special screening in New York. 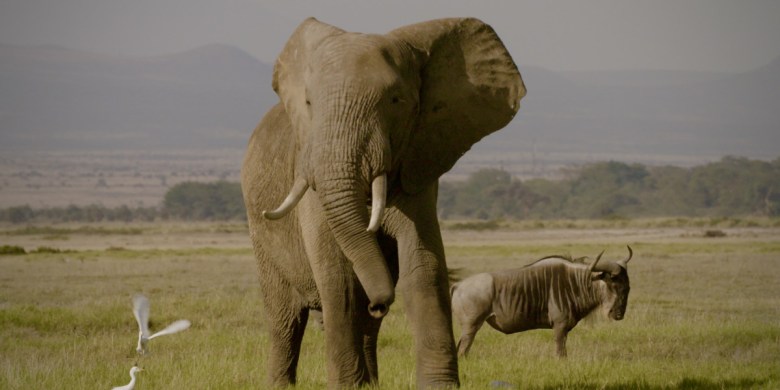 In the rich and impactful tradition of animal documentaries comes ‘The Ivory Game,” which sheds a light on the seedy underbelly of elephant poaching in Africa and black market ivory trading in China. Directed by Kief Davidson and Richard Ladkani and executive produced by Leonardo DiCaprio, the film had its debut in Telluride earlier this year, and more recently made its way to New York for a special screening hosted by none other than Dr. Jane Goodall.

Goodall held the event at The Explorer’s Club in Manhattan, where she discussed the importance of the film. Though she’s most well known for her work with chimpanzees, Goodall highlighted the complexities of elephants’ behavior and how poaching destroys the shared history and culture of elephant tribes.

READ MORE: ‘The Ivory Game,’ Produced By Leonardo DiCaprio, Is a Shocking Look at an Underground Marketplace — Telluride Review

“For any of you who’ve met an elephant, for any of you who know anything about the bonds between the family members, the fact that they have long lives, the fact that the old females are matriarchs, all the culture of their particular community, or their group, in their minds,” said Goodall. “When these amazing individuals, who maybe be forty, fifty years old, when they’re shot, it’s not just an individual that’s being shot, it’s the knowledge of the entire group which may have been handed from generation to generation, suddenly cut off. That’s part of the nightmare of this poaching. And isn’t it tragic that this is going on just because of the unreal value that’s placed on their teeth?”

She went on to praise the bravery of the filmmakers, who traveled to China and Africa in pursuit of one of the most powerful elephant traffickers in the world. “They could have been killed,” she told the crowd. “I was really worried. I’m really happy this man, whom I’m know very well, who also made the film about me, I’m really glad that he’s still here. He risked his life.”

Goodall was the subject of the 2010 film “Jane’s Journey,” for which Ladkani served as cinematographer. Goodall has spent over fifty years researching primates, and is one of the foremost activist for global wildlife and environment conservation.

“This film is more than just talking about what’s going on, it’s really going deep into some of the problems, some of them solutions, some of the incredible bravery and people out there,” said Goodall, who hopes the film will garner attention in the forthcoming award season. “I really hope this film makes it all the way to the top it,” she said, “because deserves to, partly because it’s brilliantly made and shot edited, but also for the sake of the elephant, one of the most amazing animals on the planet.”

“The Ivory Game” will be released on Netflix on November 4.

This Article is related to: Film and tagged Jane Goodall, Netflix, The Ivory Game