The singer destroys his former self in the Grant Singer-directed clip. 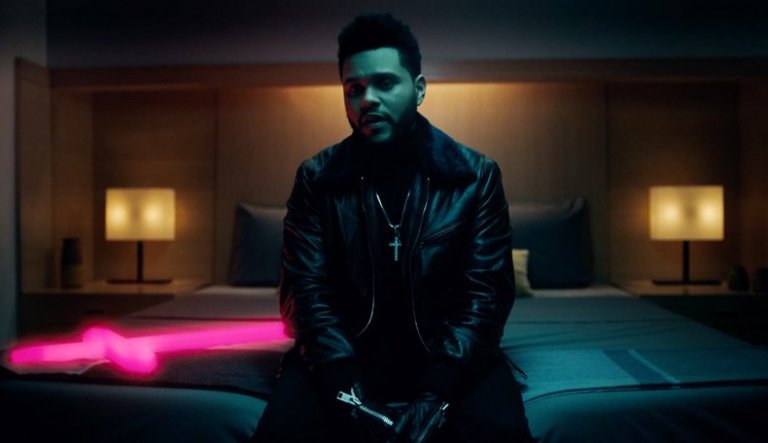 The Weeknd surprised fans last week with the release of his Daft Punk-assisted song “Starboy,” the title track to his upcoming album, out November 25. Now the “Earned It” singer has shared the cinematic music video for the single, directed by frequent collaborator Grant Singer.

The dark and gritty clip features The Weeknd with his former signature hairstyle, held hostage and suffocated by an unknown masked stranger dressed in black. As the video continues, it’s revealed that the man is his new “Starboy” persona, who then starts to smash awards, plaques and all history of his former self with a large neon cross. At the end he’s seen driving away into the night with a panther as his passenger. Unfortunately the electronic duo only appear in a portrait at the beginning of the clip.

The artists co-wrote the song with Doc McKinney and Henry Walter, who also serve as producers alongside Daft Punk. Singer previously directed the Canadian artist’s videos for “Can’t Feel My Face” and “The Hills.”

The Weeknd will be performing at NYC’s Meadows Music Festival this weekend. He’s also the musical guest on the season premiere of “Saturday Night Live” alongside host Margot Robbie.

Check out the video to “Starboy” below.

This Article is related to: Film and tagged Daft Punk, Music