Check out IndieWire's exclusive clip from the newest episode, which airs tonight on Syfy. 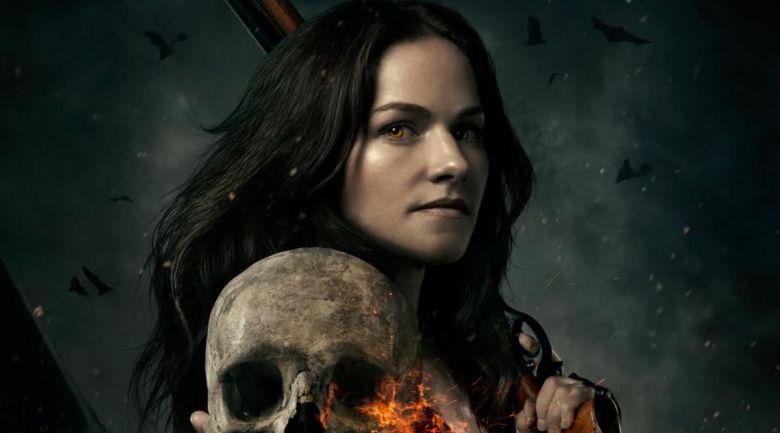 This week’s episode of “Van Helsing” is not for the squeamish, as you’ll see in this IndieWire exclusive clip. During tonight’s episode, we get a gruesome introduction to a new male character, Julius (Aleks Paunovic), and his memorable unveiling certainly is earned.

Making his debut as showrunner, acclaimed director and pllaywright Neil LaBute brings us a bloody, apocalyptic, vampire drama. Set in the near future, Vanessa Van Helsing (Kelly Overton) awakens from a coma to discover the world has been overtaken by vampires. As the last hope for the human race, Vanessa’s secret weapon is her unique blood composition that gives her the ability to turn vampires back into humans. While she desperately searches for her daughter, she must also fend off vampires who see her as the only major threat to their way of life.

“Van Helsing” comes from the producers of “Fargo” and “Hell on Wheels,” and unlike really any other vampire drama out there, Vanessa can bite vampires in order to turn them back into humans. Also different from other dealings with the undead: These vampires still have memories from when they were humans.

The show officially started its 13-episode first season Sept. 23. The first two episodes are available on Syfy Now and a number of other cable or satellite providers.

Watch the exclusive clip below, and catch the full episode tonight. All-new episodes air every Friday on Syfy at 10pm.

This Article is related to: Television and tagged Neil LaBute, Van Helsing