Lisa Joy and Jonathan Nolan make the Wild West even wilder in an ambitious HBO series with enough swagger to make you want to believe answers are coming. 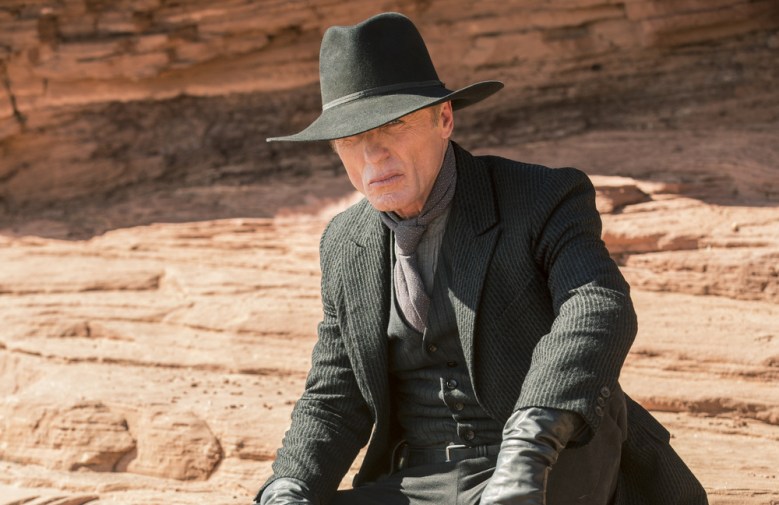 The idea that artificial intelligence will challenge our understanding of what’s real and what’s not is hardly a fresh conceit. From “Blade Runner” to “Ex Machina,” “Battlestar Galactica” to “Humans,” the question of what happens when men ascend to god-like status by creating something (or someone) comparable to a human being dates back to Mary Shelley’s “Frankenstein” (if not before). Yet this idea still drives many a great story; stories that can lead to illuminating discussions because of the potential in one big question. While the central concept remains consistent, the philosophical quandaries derived from it — regarding humanity, mortality, faith and more — provide amble fodder for stimulating stories.

“Westworld,” HBO’s big budget, star-studded science-fiction series from Jonathan Nolan and Lisa Joy, is aiming to be one of the greats. In thematic terms, the hour-long drama seems primarily concerned with mortality and its relation to morals — but nothing is off the table. Ambitious to the edge of a cliff, “Westworld” is an undeniably exciting journey into the future cast through a filter of the past. With so many questions stacking up so quickly and answers spaced out to appease the serialized format, the first four episodes make for a fascinating if slightly bumpy expedition. But you’d be hard-pressed to ignore it.

Packed to the britches with ideas, mysteries and characters, “Westworld” swirls them through a core plot that instinctively feels far more simple-minded: Sometime in the future, a western theme park filled with robots indistinguishable from human beings has been created as a vacation destination for those wealthy enough to afford its many delights. Robots are referred to as “hosts,” the park’s human visitors are the “guests” and the world within these undefined walls takes both parties’ typical duties to the extreme. To say “anything is on the table” within “Westworld” would be an understatement as well as a white lie. There are hard and fast rules, but guests are encouraged to explore the limitations put forth by the park in order to discover new aspects of themselves. Do you like that attractive damsel at the bar? Well, it’s guaranteed she likes you, too. Looking to reenact “High Noon” without worrying about who draws first? Don’t worry. You’ll win. Want to rob a bank, steal a horse or something far more explicit? Well, there are options for you, too.

As you can imagine, these choices don’t just tell us about the guests who make the choices, but the people who provide every option. Polite, superficial debates are had among the park operators as to what guests are looking for, how best to provide it and why people come back. Head among the underground operators is Anthony Hopkins’ Dr. Ford, the founder of Westworld who works alongside Dr. Lowe (Jeffrey Wright), an emotionally-conflicted engineer loyal to Dr. Ford. These two are the big idea men, and their intellectual experiments are playing out with fascinating results.

Chief among them: The robots…well, they aren’t behaving normally.  It’s hard to say more without getting into spoiler territory, so we’ll save the specific analysis for our upcoming episode reviews. For now, it’s important to note there aren’t clear protagonists and antagonists in “Westworld.” It’s not (at least, so far) robots vs. humans or even guests vs. hosts. Motivations are as unclear to the audience as they are to the characters — some of whom are learning about the very concept for the first time. And, for once, that’s a great thing: By having a broader discussion about why we choose to do what we do and what our choices mean about who we are, it’s wise of Nolan and Joy to keep purpose in question. That’s far from the only element up in the air, however. “Westworld” builds quickly from a focused examination of one or two questions to a din of lofty thoughts bouncing off each other, fighting to be heard clearly.

If you knew there were no consequences to your actions — pain, loss, and death are all off the table — would that change who you are? Would you act differently? Would you be better or worse? A good person or a bad one? Should you feel guilty about your choices if they have no “real” consequences? Where do our so-called natural instincts come from, and what is it that makes us ignore or accept them? What drives us? What is our purpose? Why are we here?

READ MORE: HBO’s ‘Westworld’: Do You Need Rape to Examine Humanity (With Robots)?

You can see how episodes can get a little overwhelming. Some are better than others, as the producers do their best to balance exposition and action, consideration and decision, questions and answers. Helping carry the load is a truly outstanding group of actors, led by the limitless talent within Evan Rachel Wood. Through four episodes, the star of “Thirteen” and “The Wrestler” only scratches the surface of a character primed to explode, but Wood provides more than enough substance to make the wait so very worth it. Anthony Hopkins is perfectly cast and settles into the subdued Dr. Ford’s calculating mind with unforced presence and grace. Meanwhile, Ed Harris, as the enigmatic Man in Black, does the most with the best character (so far), immediately establishing his scenes as ones to look forward to, every time.

Only time will tell if “Westworld” is able to live up to its own towering philosophical standards, but it’s doing almost all the little things right thus far. While the modern association with “Prometheus” holds negative connotations for cinephiles — especially in terms of answering big questions (or, more accurately, not answering big questions), as Ridley Nolan could surely testify. Prometheus is credited with creating mankind after stealing fire from Mount Olympus, and, in doing so, he became humanity’s greatest benefactor. Whether Ford and “Westworld” are seen in such a positive light will rely heavily on an eventual ending — can they close when so many other stores could not? — but it’s hard not to appreciate the thrills found in thievery thus far.