While AFM doesn't carry the prestige of Cannes or Berlin, this year's marketplace will draw more than 1,500 buyers from 80 countries to close deals for projects in every stage of development and production. Here's what to expect. 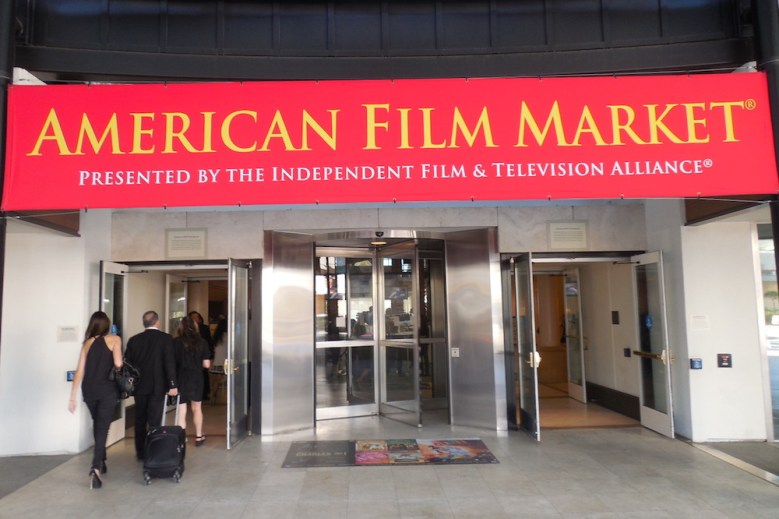 For many distributors, producers and sales agents, the American Film Market is the movie business equivalent of the Super Bowl. Billed as “Hollywood’s global deal-making event” and “the film industry’s largest international conference,” this year’s AFM will draw more than 1,500 film buyers from 80 countries, all of whom will converge upon Santa Monica hoping to close deals for projects in every stage of development and production.

But how important is AFM to the independent film ecosystem? Unlike Sundance, Cannes or Berlin, AFM has no festival, and therefore no flashy premieres to start bidding wars among distributors. While this year’s event will include more than 70 world premiere screenings and roughly 250 market premieres, AFM is known more for pre-sales and getting projects off the ground than finding homes for theatrical titles.

Here are four ways this year’s AFM could have an impact on the independent film world.

While Quentin Tarantino’s “The Hateful Eight” and Peter Berg’s “Deepwater Horizon” commanded much of the attention from buyers at AFM in 2014, no single title at last year’s market dominated discussions in the same way, and AFM in 2016 also lacks a clear frontrunner in terms of buzz. If this year’s market fails to produce any deals of significant size, that could leave buyers with more capital to spread across a larger number of indies.

One project in the pre-production phase that could be a major contender in the independent market is writer-director David Lowery’s “The Old Man and the Gun,” starring Robert Redford and Casey Affleck. The film is based on a 2003 New Yorker article about Forrest Tucker (Redford), a career criminal with 18 prison breaks and several bank robberies. Lowery previously worked with Redford in this year’s “Pete’s Dragon” and cast Affleck in 2013’s “Ain’t Them Bodies Saints.”

Also at this year’s market is the sports drama “Borg/McEnroe,” starring Shia LaBeouf as John McEnroe, who faced Björn Borg in the 1980 Wimbledon tennis championship. The project is currently in post-production and marks the narrative feature debut for Danish documentary filmmaker Janus Metz Pedersen. There’s also the drama-thriller “The Dinner,” starting Rebecca Hall, Chloë Sevigny, Laura Linney and Richard Gere. Based on Herman Koch’s 2009 bestselling novel, the film looks at how far parents will go to protect their children. It is also in post-production.

2. The state of video-on-demand.

Video-on-demand now represents the largest revenue source for many films, but the amount of money that can realistically be made off indie titles is still something a mystery. Unlike box office grosses, companies don’t report VOD revenue, so the platform’s commercial potential is hard to gauge.

AFM’s Distribution Conference will include an hour and a half panel on November 8 called The Future of Video On Demand, where industry experts will dispel some of the myths around digital distribution and update attendees on the state of VOD. Panelists include Broad Green Pictures president of home entertainment Steve Nickerson, Cinedigm executive vice president of digital networks Erick Opera, and AT&T vice president of video marketing Hanny Patel, who previously spent launched DIRECTV’s first over-the-top video service. The requirements for an attractive pre-sale are subject to change every year, as buyers in international territories increasingly demand the complete package of script, director, cast and budget. The projects that are able to raise financing through pre-sales will help establish the level of appetite for pre-buys from foreign buyers. Projects in the pre-production phase like Kirsten Dunst’s directorial debut “The Bell Jar,” based on the novel by Sylvia Plath, will be looking to attract interest from buyers at AFM. The film stars Dakota Fanning in the lead role Esther Greenwood and Jesse Plemons as Lenny Shepherd.

Of the roughly 500 projects that will screen at AFM this year, only 12 percent have a female director. While that’s up from 9 percent in 2015 and 7 percent in 2014, it represents a net change of zero compared to 1998. However, an increase in market activity for films with women directors at AFM could help move the needle and keep the trend going in the right direction. Cinematographer-turned-director Reed Morano, for example, will have her latest project at AFM, the sci-fi-comedy “I Think We’re Alone Now,” starring Peter Dinklage and Elle Fanning. Morano previously directed the 2015 drama “Meadowland” starring Olivia Wilde, Juno Temple and Luke Wilson.