The video, entitled “Get in Formation,” features Schumer lip-syncing to Beyoncé and performing a similarly provocative dance routine. 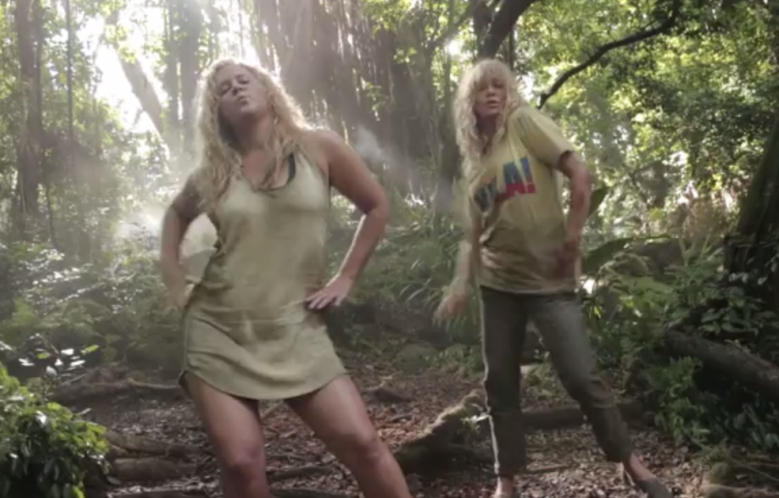 Amy Schumer and Goldie Hawn in “Get in Formation”

It would appear that Amy Schumer was thirsty for her own version of Beyoncé’s “Lemonade.” Schumer and Goldie Hawn have released a new video parodying “Lemonade’s” closing song “Formation,” Pitchfork reports.

READ MORE: Amy Schumer Urged to Lose Weight for ‘Trainwreck’: ‘If You Weigh Over 140 Pounds…It Will Hurt People’s Eyes’

The video, entitled “Get in Formation,” features Schumer and Hawn lip-syncing to Beyoncé’s “Formation” and performing a similarly provocative dance routine, though comparison of the pair’s moves to Beyoncés is probably a bit of a stretch. “Get in Formation,” which includes farm animals and a Chihuahua, is not the first “Formation” parody video, as Jimmy Kimmel and James Corden have also done similar versions. Schumer’s video is also reminiscent of Aziz Ansari and Eric Wareheim’s parody of Kanye West’s “Famous.”

To watch Schumer’s parody of “Formation,” check out the video below.