The fall specialty box office roars back as Barry Jenkins' festival breakout scores the best reviews and best per theater average of the year. 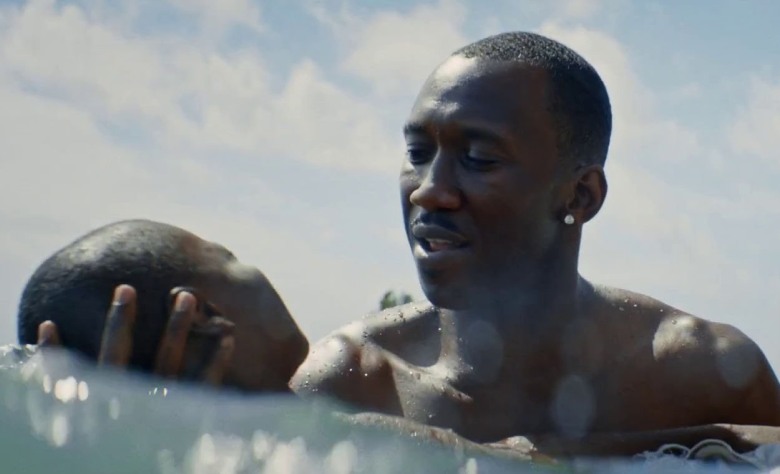 The slumbering specialized world woke up this weekend.

Critically acclaimed “Moonlight” (A24) pulled a sensational response far beyond its already high expectations. But it wasn’t the only positive story: “The Handmaiden” (Magnolia) beat the odds against subtitled films. And Michael Moore’s election special “Trumpland” (Dog Eat Dog) scored strong numbers in theaters along with its iTunes debut.

In a lackluster year at the specialty box office, even a $30,000 initial platform per theater average for Barry Jenkins’ “Moonlight” would have looked great. Instead, with a rare 99 Metacritic score, ahead of any other film this year, the opening PTA of $103,685 is sky high and among the top initial results ever.

How good is it? It is second only to “The Revenant” (which opened on Christmas weekend) among releases over the last two years. Among the titles it bested are “The Big Short” ($88,000), “Carol” ($63,000) “Spotlight” ($57,000), and the even lower “Room,” “Brooklyn” and “The Danish Girl.” And for the most part those films opened on later, more prime dates that often bring big results.

Clearly the reviews are key. (The New York Times headline asked “Is this the year’s best movie?”). But similar reviews also boosted “Beasts of the Southern Wild.” It had an excellent initial four-theater PTA of $42,000, less than half.

What made the difference? This isn’t a typical platform audience film, which helped. Its multi-faceted story, centered on a gay African-American man, broadened the initial audience. The must-see movie comes in a season with little to get people back into theaters as different and special compared to what increasingly is offered on cable and streaming. And A24 continues to find ways to reach other than just the older educated big city audiences that usually serve as the base for most top entries.

Does this mean “Moonlight” crosses over and becomes a wide success a la “Precious”? Way too early for that. But with its strong presence in the awards cycle, this should have a sustained run. And these numbers should boost its chances.

What comes next: Big cities add on this Friday with a national release on November 4. A Korean 1930s period romance in top platform New York/Los Angeles theaters wouldn’t seem a likely candidate for standout success these days. But director Park Chan Wook’s cult following after “Oldboy” and others plus strong reviews led to an impressive initial response at the high-end for subtitled films this year. This is another Amazon success (with different distributors) as they continue to seek out top directors from around the world. The length (145 minutes) makes the result even more impressive.

What comes next: 25 more markets open this Friday.

Ewan McGregor’s directorial debut, adapting Philip Roth’s classic novel, premiered to mixed response at Toronto and downbeat reviews across the board. This led to the decision to open in multiple markets, all with elevated presence showing support for the release. The grosses are mediocre despite the effort.

What comes next: Likely to expand based on preset plans, this looks to fall far short of its promise.

With the director’s appearance accompanying multiple shows at its New York theater, his surprise film of a recent Ohio performance did stellar business. This wasn’t even on people’s radar a week ago, yet still created this strong gross. At the same time the concert film opened at #1 on iTunes.

What comes next: Streaming will be its main outlet, and additional theatrical showings will lack Moore’s presence to boost it. Still, this is a strong initial response whatever the added help.

This faith-based release recounts one student’x experience at the school shooting at Columbine. It played the typical mid-country theaters to modest results.

What comes next: This looks to have maybe a second week at these theaters with no further expansion. What comes next: Los Angeles opens Friday with further expansion in November.

What comes next: Along with its VOD availability, this opens in Los Angeles this week and other cities in November.

The Japanese glam rock band X and its revival are the subject of this documentary which opened exclusively in Los Angeles to a decent initial response.

What comes next: Three more markets open this Friday, with New York on Nov. 4 at the distributor’s new theater in Brooklyn.

Rape survivors in Rwanda seeking justice isn’t an easy subject for a commercial documentary, but strong reviews elevated this to a credible initial response in New York.

This 1980s art house Japanese hit centered around the food in the title returned to a very strong initial number at New York’s Film Forum. This is at the high-end of revival grosses in recent years.

What comes next: An already planned national release likely gets wider with this early results.

Last weekend’s sensation came down to earth with mostly limited Saturday shows, but it already has achieved success and likely further interest in other venues.

20 additional markets, again mostly in Spanish-speaking areas, were added to this Gael Garcia Bernal border crossing drama. The overall gross is about $50,000 under the total in its initial weekend theaters, but the overall average looks good enough to sustain most of its runs.

This film about a faith-based country singer dropped more than half this weekend and looks like to disappear quickly.

Kelly Reichardt’s multiple episode film with a cast including Michelle Williams and Kristen Stewart expanded to most major markets. It is getting some sampling but not at the level its strong reviews might indicate. It will add about 20 more markets this week.

Sonia Braga’s bravura performance continues to receive acclaim as it expands to top markets. Among subtitle releases in 2016, this Brazilian drama ranks as above average so far.

A very rapid and very low grossing expansion in the second week for this Japanese animated feature not getting a public response similar to other of GKids’ releases. Rebecca Hall’s acclaimed performance continues to elevate interest in this recreation of a news anchor’s tragedy. Its second week expansion found modest response in Los Angeles and other new cities.

Rachel Weisz’s Holocaust courtroom drama moved much wider this weekend to mixed results. Bleecker Street’s “Eye in the Sky” did nearly as well ($932,000) in only 123 theaters in its third week. This has been the best of the mediocre fall limited openers in what so far has been an uninspiring season, though “Moonlight” ahead looks to change that.

Nate Parker’s much talked about but much less seen slave rebellion story dropped precipitously in its third weekend. The gross fell by about 2/3rds with the likely total domestic gross likely to end up below what Fox Searchlight paid to acquire it.

Mira Nair’s feel-good chess-world story took a big drop in theaters, with the remaining ones holding on to give it a shot at $8 million. That’s disappointing for the effort that Disney made in pushing this into a fairly wide break.

In the difficult world of subtitled releases, Music Box has scored another relative success as this Swedish story about a retired curmudgeon expands further and actually increases its PTA. That shows terrific word of mouth and the chance that this could surpass “Embrace of the Serpent” as the top arthouse foreign language title of the year. Also, with this as Sweden’s Oscar submission, this early release could find its chances soar in the category.

Kate Winslet’s Australian small town homecoming story continues to fall short of expectations as it nears the end of its run.

Wrapping up its run, this sets the standard for specialized releases for 2016 heading into the awards season.

Late in its run this impressive release of vintage Beatles footage still is finding interest.

Andrea Arnold’s young salespeople on the road film isn’t getting a response similar to its reviews as it falls quickly.

This Article is related to: Film and tagged Arthouse Audit, Box Office, Moonlight, The Handmaiden