At the New York Film Festival, Huppert provided some insight into her character's place in the world. 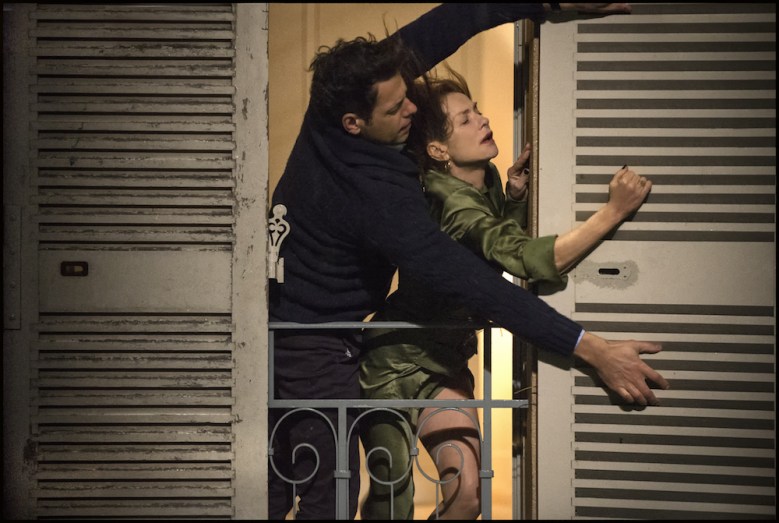 It may not be actually impossible to talk about Paul Verhoeven’s Isabelle Huppert-starring film “Elle” without using words like “controversial,” but it sure is tough. The genre- and tone-spanning feature debuted at Cannes earlier this year, where reviews — like our own — flooded in using seemingly disparate words side by side, like “light-hearted” and “revenge” and even “rape” to try to explain the perplexingly entertaining film.

The film, based on a novel by Philippe Djian, follows the wholly unexpected fallout of a brutal rape committed against Michele (Huppert) that unfolds in the film’s shocking opening scenes. Michele’s reactions to the crime — and the way her life unfolds afterwards — are occasionally baffling, strangely amusing and entirely hard to classify. “Elle” is perhaps Verhoeven’s most complex (and, yes, controversial) film to date, and it offers up yet another chance for Huppert to flex her prodigious acting muscles.

READ MORE: Why ‘Elle’ Star Isabelle Huppert Is the Actress Whose Oscar Time Has Come

Both Verhoeven and Huppert were on hand for Friday’s New York Film Festival press screening of the film (Huppert, the fest’s unofficial darling, screened her “Things to Come” that same morning, offering up a superb double header of her latest work), where Huppert shared some of her thoughts as to why the juicy role of Michele so captivated her.

“Is it a story? Is it a character? I think it’s beyond these kind of definitions,” Huppert said during a post-screening Q&A. “It’s difficult for me to talk about ‘a story’ or ‘a character,’ it something that I thought has never existed before in fiction. This woman, you certainly don’t meet her walking in the subway. She’s a new type of a woman, and I thought that was exciting to bring life to her.”

Huppert was also taken with the film’s unique tone — it’s hard to imagine any other film that opens with a such a horrific crime committed against a person that also manages to pack in laugh after laugh — that she thinks is best billed as a “human comedy” and one that managed to play with both “depth and lightness” in equal amounts. Yet she also noted that Verhoeven allowed her plenty of leeway to make the character entirely her own. “I had this whole piece of material given me as a gift, and I was allowed to fill it out the way I wanted,” she said. “I think Paul said that he was interested with what I was doing, because since I was a woman, by definition I would know more than him, what I was supposed to do. It is a kind of documentary about a woman.”

When she was asked later about the seemingly mysterious nature of her character, Huppert balked at putting her Michele into such easy-to-classify terms.

“I don’t think she’s that mysterious, it’s more that she’s an unknown character, in that sense, yes, she’s mysterious,” Huppert said. “She’s what I would call almost like a post-feminist character, building her own behavior and space. She doesn’t want to be a victim, that’s for sure, but she doesn’t even fall into the caricature of the revenge avenger. She’s somewhere else.”

Despite the film’s continued violence against women, Huppert believes that the so-called “post-feminist” nature of her Michele provides a different lens by which to view the film.

“She’s also the result of men’s failure. I think the movie is, you can call it a woman’s film, but you can also call it a man’s film by defaut,” she said. “All the male figures are failed or mediocre. The husband is a bad writer. The men’s figure are weak and sort of coming off from the pedestal. She is the protector of that maybe new era in a way.”

(When asked if he considered the film feminist or post-feminist, he simply said, “No.”) All hail Huppert.

“Elle” screened at the New York Film Festival and will be released in theaters on November 11.