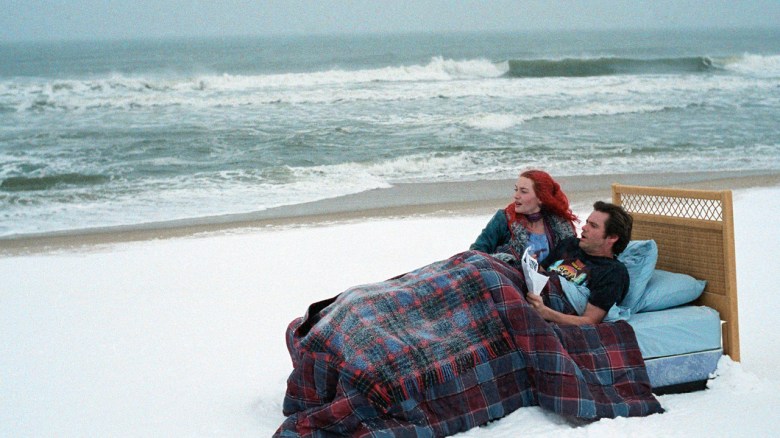 “Eternal Sunshine of the Spotless Mind”

TV reboots of classic movies have become the new norm for Hollywood these day. Countless films are being turned into series, and now The Hollywood Reporter has announced that an “Eternal Sunshine of the Spotless Mind” series is in the works.

The project is in its very early stages and according to the site “has not yet been taken out.” Anonymous Content’s Steve Golin, producer of the 2004 film, will remake the movie into a TV series with studio Universal Cable Productions attached.

Zev Borow, known for “Forever, Chuck,” is in talks to write the script. Anonymous Content will produce the project alongside “True Detective” executive producer Richard Brown.

The original romantic drama starred Jim Carrey and Kate Winslet as a couple who undergoes a procedure to erase each other from their memories. The movie received two Oscar nominations earning writers Charlie Kaufman, Michel Gondry and Pierre Bismuth the Best Original Screenplay trophy.

Anonymous Content has become one of the leading production companies with hit series like “True Detective” and “Mr. Robot.” They also have the Brit Marling series “The OA” and Selena Gomez’s “13 Reasons Why” for Netflix, as well as TNT’s “The Alienist,” in development.

This Article is related to: Television and tagged Eternal Sunshine of the Spotless Mind