A hilarious spoof video puts Seth MacFarlane's Peter Griffin on the bus where Trump boasted about groping women without consequence. 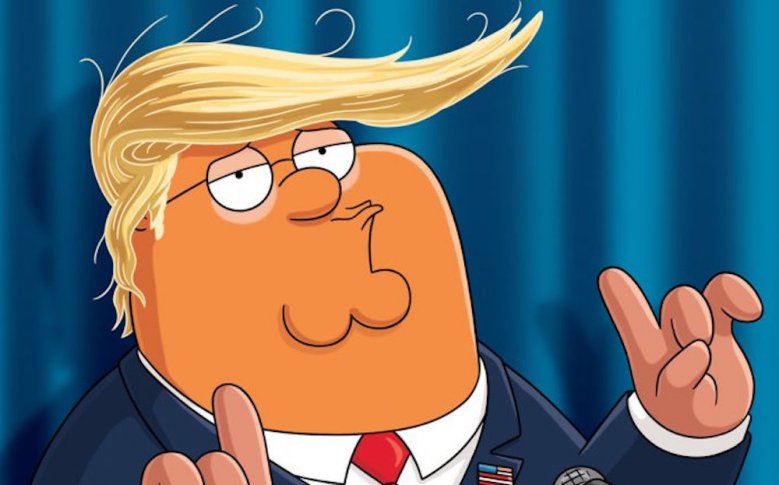 Donald Trump’s infamous conversation with former “Access Hollywood” host Billy Bush is enough to make Peter Griffin, the brash, crude blue-collar main character on “Family Guy,” blush. In a hilarious new spoof video that puts the character voiced by Seth MacFarlane on the bus where Trump described his ability to grope women without consequence in 2005, Griffin prompts Trump to see if he wants to engage in some “locker room talk.”

When Trump declares that he “moved on” a woman, Griffin clarifies what he meant. “Whoa, whoa, whoa! That’s not locker room talk!,” Griffin said. “I meant like ‘good play,’ ‘good pass,’ like that kinda thing.”

What’s Griffin response to Trump saying he failed to seduce the woman in question? “Well as long as you didn’t try to **** her and she was single,” Griffin said.” Trump’s voice then explains that he did try to sleep with the woman, who was married. “Aw, you’re awesome!” Griffin said. “Hey, you ever thought of bein’ President?”

The conversation doesn’t stick to just Trump and his habit of making unwanted sexual advances, however. Griffin brings up things that haven’t even been invented in 2005, like Twitter and Uber. He also takes Trump to task for using Tic Tacs.

To watch the entire clip, check out the video below.