J.K. Rowling confirms that the magic will continue for several more years. 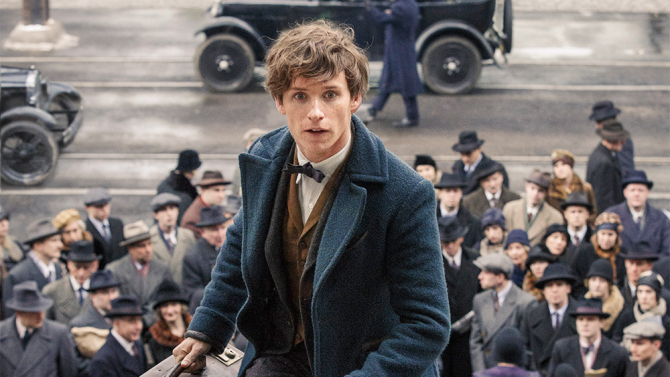 The wizarding world of “Harry Potter” is expanding once more. On Thursday, October 13, J.K. Rowling, director David Yates, producer David Heyman and the cast of “Fantastic Beasts and Where to Find Them” held a special fan event in London where new details of the franchise were revealed.

Among the most noteworthy was Rowling confirming that the spinoff, originally announced as a trilogy, will now be a five-film series.

“I’m pretty sure that there are going to be five movies, now that I’ve been able to properly plot them out,” the author stated. “We always knew that there would be more than one.”

READ MORE: Google’s New VR Headset Can Be Used as a Wand for ‘Fantastic Beasts and Where to Find Them’

“Fantastic Beasts” stars Eddie Redmayne as Newt Scamander, a mazoologist who travels to the US with a briefcase full of magical creatures. Set seventy years before Harry Potter’s story, the film sees Scamander going on an epic, but dangerous adventure, when the beasts escape from his possession.

During the event Yates, director of the first two “Fantastic Beasts” films and the last four “Harry Potter” movies, said that the upcoming picture will include a cameo by a young Albus Dumbledore and Gellert Grendelwald. He also revealed that the sequel will not take place in New York, but rather in another global capital city. “It will be very different,” he stated.

READ MORE: ‘Fantastic Beasts And Where To Find Them’ Trailer: J.K. Rowling And Eddie Redmayne Cast A Blockbuster Spell

The series marks Rowling’s first time as a screenwriter. She told audiences during the event that she “learned how to write a screenplay while writing a screenplay.” Adding, “I wouldn’t recommend it.”

“Fantastic Beasts and Where to Find Them” will be released in theaters on November 18. The sequel is slated for November 16, 2018.

This Article is related to: Film and tagged Fantastic Beasts And Where To Find Them, J. K. Rowling