It's Official. While Paramount, Scott Rudin, and Davis' reps weighed in, Davis has agreed to campaign for "Fences" as Best Supporting Actress. 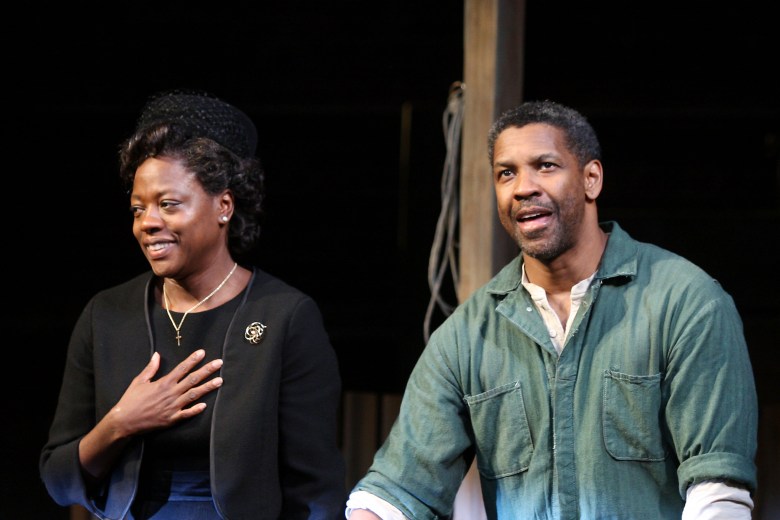 As a sign that the Best Actress race is the most competitive in years, Paramount has confirmed that they are promoting Denzel Washington’s “Fences” costar Viola Davis in the Best Supporting Actress category. Oscar watchers have been waiting for this shoe to drop.

Anyone who has seen the August Wilson play (which won Tonys in 2010 for Best Revival of a Play, Best Actor for Washington and Best Actress for Davis) knows that the popular “How to Get Away with Murder” star, who has been Oscar-nominated twice (“Doubt,” “The Help”) more than stands up to Washington’s unhappy, angry husband onstage.

While Davis has huge respect from the Actors Branch and is expected to explode on-screen in “Fences,” she could have a better chance of taking home the gold statue in supporting. For Best Actress she’d be up against Amy Adams (“Arrival”), Annette Bening (“20th Century Women”), Isabelle Huppert (“Elle”), Ruth Negga (“Loving”), Natalie Portman (“Jackie”), and Emma Stone (“La La Land”)—and the list goes on. This opens up another slot in this crowded field.

Her main rivals in supporting would be Michelle Williams, who is magnificent in a small role in Kenneth Lonergan’s tragic drama “Manchester by the Sea,” Naomie Harris as a Miami drug addict (“Moonlight”), and Felicity Jones as a mother fighting cancer (“A Monster Calls”).

Clearly many cooks were debating the best strategy for Davis to take. But the final call in these matters is usually the star. Davis won Best Actress on Broadway and should compete for the same at the Oscars. But she’s going for the win.

“Fences” tells the story of retired baseball player Troy Maxson (Washington), who is now a garbage man looking regretfully back on his past while tangling with his wife Rose (Davis). Mykelti Williamson and Russell Hornsby also reprise their stage roles.

This marks Washington’s third outing as a director, following well-received indie dramas “Antwone Fisher” and “The Great Debaters.” He’s been in the Oscar derby six times as an actor, winning twice, for “Glory” and “Training Day.”

Paramount marketing president Megan Colligan and her team shepherded “The Big Short” to five Oscar nominations including Best Picture and one Adapted Screenplay win last year, while “Selma” made it to Best Picture contention and a Best Song win the year before.