The breakout director breaks down how he crafted a film that allows audiences to enter the internal world of one young man struggling to grow up in Miami. 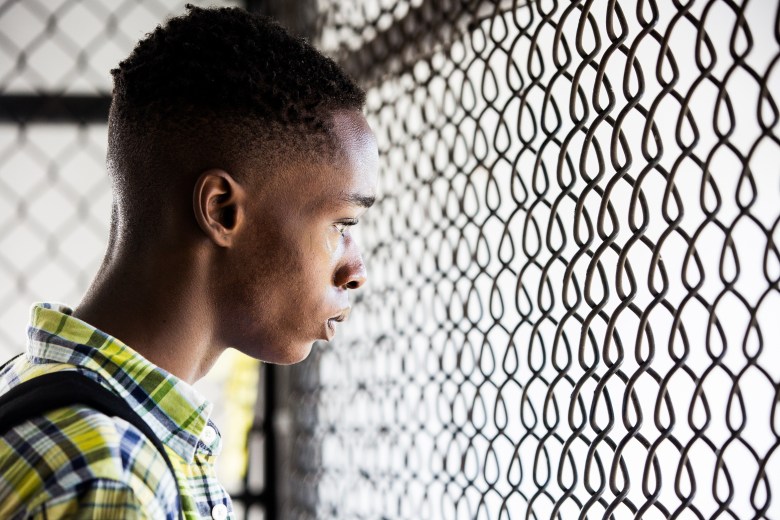 Photo by David Bornfriend, courtesy of A24

Barry Jenkins didn’t want to have to explain anything to his audience as he welcomes them into the world of Chiron, a young boy growing up in the Liberty City neighborhood of Miami. Tracking the evolution of Chiron from grade school to manhood — the film is split into three chapters with a different actor playing Chiron in each — the film relies on audiences being able to access the internal world of a boy whose life is shaped by the world around him.

In this week’s Filmmaker Toolkit podcast, Jenkins breaks down how he used everything from movement to music to access the character’s emotions, and how he carefully structured a story so those emotions tracked through two big jumps in time.  He also reveals his unique casting process for the three actors playing Chiron, where instead of looking for physical continuity between the three actors he focused on their eyes.

The director also talked about how he specifically avoided making a miserablist film. In discussing his collaboration with cinematographer James Laxton and composer Nicholas Britell, Jenkins explains how he tried to access both the pain and physical beauty of the impovervished neighborhood where he grew up.

Also in this week’s episode, IndieWire’s Film Editor Kate Erbland swings by to talk about Ang Lee’s “Billy Lynn’s Long Halftime Walk,” which premiered last week at the New York Film Festival. Shot at 120 frames per second in 4k resolution, using two separate 3D cameras precisely mounted to capture action like a pair of eyes, “Billy Lynn” is a fundamental shift from the poetic imagery of cinema to an immersive hyper-reality.

We discuss what it was like watching a movies shot in this new format and explore what this means for the future of both filmmaking and the format itself.

Listen to the entire episode above.

The Filmmaker Toolkit podcast is available on iTunes, Stitcher and SoundCloud.

This Article is related to: Toolkit and tagged Barry Jenkins, Moonlight, Podcasts