What started as a single song, would become a revolutionary musical. 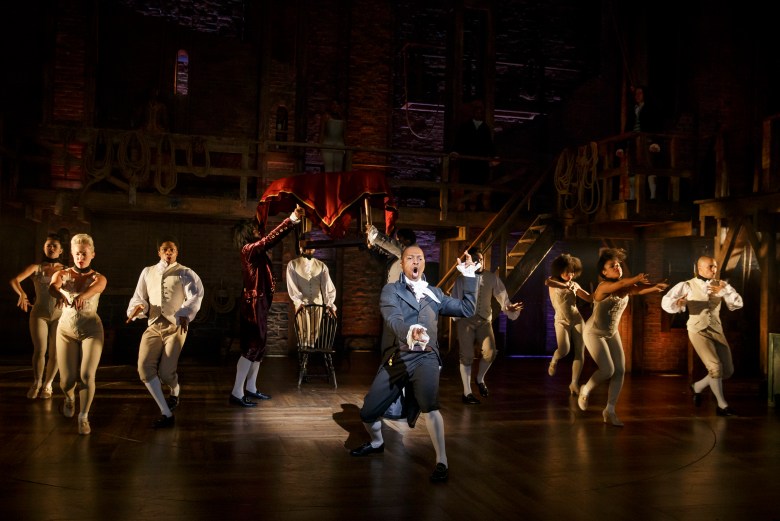 Leslie Odom, Jr and the cast of “Hamilton”

Lin-Manuel Miranda’s “Hamilton” became the breakout Broadway sensation of the year, winning 11 Tony Awards, a Grammy Award and the Pulitzer Prize. The pop culture phenomenon tells the story of American Founding Father Alexander Hamilton, but in a way never done before. From a poor immigrant who built himself from nothing to becoming one of the nation’s most important figures, this tale of hope is exactly what the nation needed.

As part of the PBS Arts Fall Festival, the network premiered “Hamilton’s America,” a behind-the-scenes look at the making of the Broadway hit through the three-year creative process that led to its debut. The documentary, hosted by Miranda, aired on October 21 and can now be watched in its entirety below and on PBS.org.

The documentary takes a closer look at the creation of the show and Miranda’s process of adapting Hamilton’s story into a musical. It also features footage with the original cast, trips to historic locations, and interviews with prominent personalities, experts, politicians, and musicians including President Barack Obama, Speaker of the House Paul Ryan, Senator Elizabeth Warren, Questlove, and Jimmy Fallon, among others. Best of all, the special also includes a 15 minute performance from the live production.

READ MORE: How Lin-Manuel Miranda Rode His ‘Hamilton’ Star from Broadway to Hollywood

Watch the film below.

This Article is related to: Film and tagged Hamilton, Lin-Manuel Miranda