"Happy Endings" stars and producers reunite for a table read of a new episode, giving fans one more taste of the much-missed Dave, Alex, Jane, Brad, Penny and Max -- and hope for the show's revival. 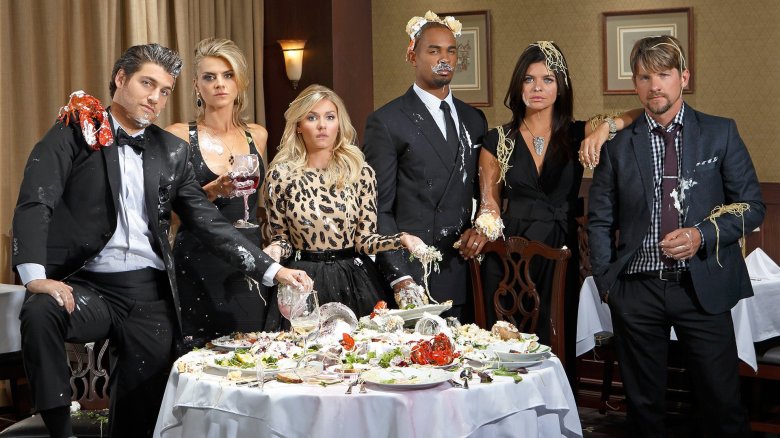 Superfans of sadly deceased ABC sitcoms got a treat on Saturday afternoon, courtesy of EW Popfest and the writers of “Happy Endings.” Stars Casey Wilson, Damon Wayans Jr., Eliza Coupe, Elisha Cuthbert, Adam Pally and Zackary Knighton, as well as creator David Caspe and more, reunited for the table read of what was officially decreed to be Episode 401, “Happy to Be Here,” a “lost episode” of the series.

The episode featured Penny and Max trying to reunite the gang three years after the end of the Season 3 finale, which (as revealed in flashbacks) occurred moments before a massive fight between Brad and Jane broke up the show’s ultimate power couple and also tore their friend group apart. Traveling the world from London (where Alex has found some success) to Japan (where Jane heads up Toyota’s sex doll division) to the woods (where Brad’s gone off the grid) the storyline quickly worked to bring together one of TV’s more oddball ensembles.

The script, written specificially for Popfest as a charity tribute to “Endings” script supervisor Tracy Scott (proceeds from the event went to the Susan G. Komen Breast Cancer Foundation) featured a massive number of in-jokes, including references to other projects that the cast has worked on since the end of the series. (Only with “Happy Endings” would you get multiple jokes about “Joshy,” the underseen indie from this year’s Sundance which Pally starred in.)

Said cast demonstrated the same level of high-energy absurdity and charisma that made the show so watchable for three seasons, with their chemistry getting a real chance to fly. Coupe and Wayans especially excelled with some classic ranting insults, while Knighton got to prove his rapping skills with lyrics from Dave’s upcoming musical “Hamilton” (about figure skater Scott Hamilton). And the crowd in downtown Los Angeles not only thrilled to the format’s freedom (which allowed for a few choice F-bombs) but a surprise cameo by Stephen Guarino as Derrick, whose flamboyant minutes-long declaration of “DRAM-AAAAAAH” brought the house down.

Can we anticipate seeing this episode ever actually filmed for the screen? In today’s revival culture, never bet against anything. (Which is why we won’t reveal “Happy to Be Here’s” very final twist.)

But the script as presented featured no shortage of jokes about the show’s untimely cancellation, such as Penny’s casual aside, “Who can remember the ABCs of what happened?” There was also Dave’s meta commentary on the show’s fate: “It ended suddenly for no reason, even though there were like 90 people who wished it didn’t.” There were certainly more than 90 people in the audience who would agree.

This Article is related to: Television and tagged Happy Endings