"The Wire" star finally gets his very own leading role with Josh Locy's festival favorite. 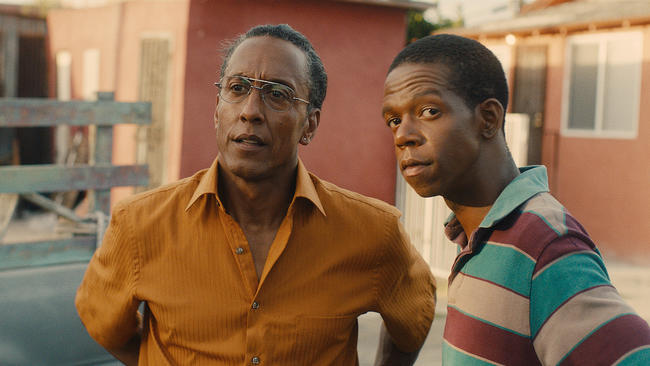 Ashley Douglas is just making a living. Recently released from prison after three years, the one-time ex-con, played by “The Wire” favorite Andre Royo, is back on the streets and hopeful that his life is finally going to fall back into place. Despite his very best intentions — and a scrappy can-do attitude — that’s not exactly what happens in Josh Locy’s feature directorial debut.

Royo, who picked up a Special Jury Award for his performance at this year’s SXSW Film Festival, where the film made its bow, goes all out as the luckless Ashley, who emerges back into the “real world” to find that very little has waited for him, including his beloved girlfriend Linda. As Ashley sets out to make his way in a time and place he no longer recognizes, he takes up with a compelling loner named Jeremy (George Sample III), and the duo pull together a business that speaks to their own deep need to be found and valued: They start selling off unwanted fridges.

READ MORE: Andre Royo on Life After ‘The Wire’ and Finally Getting a Lead Role (Springboard)

Locy’s film ably blends the sublime and the ridiculous, all anchored by Royo’s genre-busting performance and a true breakout from Sample as his right-hand man. The film also stars Kellee Stewart and Ashley Wilkerson.

Executive producer David Gordon Green said of the feature, “‘Hunter Gatherer’ is a rare independent film that isn’t loaded with sentiment or cynicism, but has a beautiful balance of humor and heart. Josh Locy’s first feature is our introduction to a fresh filmmaking voice and cements Andre Royo as a magnetic actor that defies all expectation. I’m excited for audiences to experience this one-of-a kind film.”

Check out our exclusive trailer and poster for the film, which hits theaters next month, below: “Hunter Gatherer” will open in theaters on November 16.