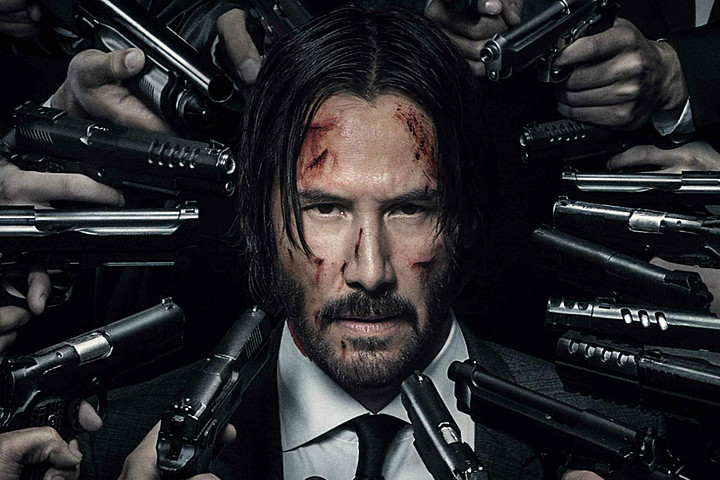 “John Wick: Chapter 2” is shaping up to be one of the most-anticipated sequels of next year. The action-thriller starring Keanu Reeves sees the return of the hitman, forced out of retirement by a former associate who is plotting to take control of an international assassins’ guild.

Ahead of its New York Comic Con panel, Lionsgate shared a new poster which shows Mr. Wick bruised, beaten and surrounded by men holding guns to his head. Even better: The new image seems to be a tribute to Harold Lloyd’s 1918 classic “Two-Gun Gussies,” as noted by Ted Geoghegan.

The first JOHN WICK CHAPTER 2 poster is a tribute to the incredible Harold Lloyd's 1918 gunplay classic TWO-GUN GUSSIE. I love this. pic.twitter.com/iC9rsQSqc7

The first film was a surprise hit, earning positive reviews and box office success. Fans of the new franchise can’t wait to see where Wick’s new adventure takes him – let’s just hope nothing bad happens to his new dog. This Article is related to: Film and tagged John Wick: Chapter 2, Keanu Reeves