Now that he's seen the "Rogue One" trailer, he'd also like to direct a "Star Wars" movie. 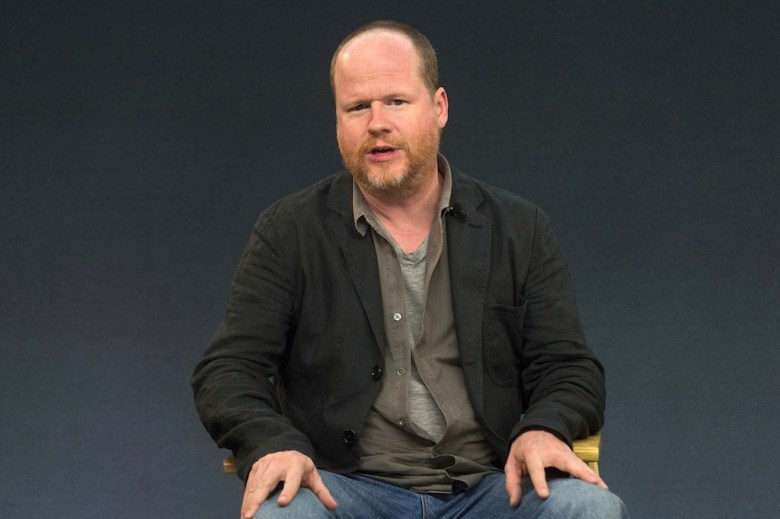 “The Avengers: Age of Ultron” made beaucoup bucks and earned largely positive reviews, but director Joss Whedon is said to have found the experience exhausting. He’s no longer on Twitter, and word on prospective new projects has been relatively scarce. Asked about his post-election plans — Whedon has made a series of get-out-the-vote videos with an anti-Trump bent — in a new interview with Complex, Whedon discusses the World War II script he’s “extremely passionate about.”

“It’s definitely a departure from the things that I’m known for,” he continues. “It’s as dark as anything I’ve ever written…It’s a historical fiction slash horror movie about a time when the world was going insane, World War II. I got to tell you: I was in Germany and Poland doing research for this movie and I was seeing so many parallels [to the U.S.]. And I know it’s a shopworn thing to compare the orange guy to the little guy with the mustache, but you see things, indelible things in terms of propaganda, the state of the country, and the parallels are eerie as fuck.”

Other projects he’d be interested in taking on: “James Bond,” a “Catwoman” project with Anne Hathaway reprising her role from “The Dark Knight Rises” and even “Star Wars.” “I was like, ‘I don’t want to make a Star Wars movie. Like, god dammit, why?’ But I saw the trailer for ‘Rogue’ awhile ago and I was like, ‘I want to do that.’ To make a ‘Star Wars’ movie and not be wed to the bigger picture.” Read his full interview here.

This Article is related to: Film and tagged Joss Whedon, Star Wars