A24 has extended the theatrical run for Mat Whitecross's Oasis documentary, which is also available iTunes and video-on-demand. 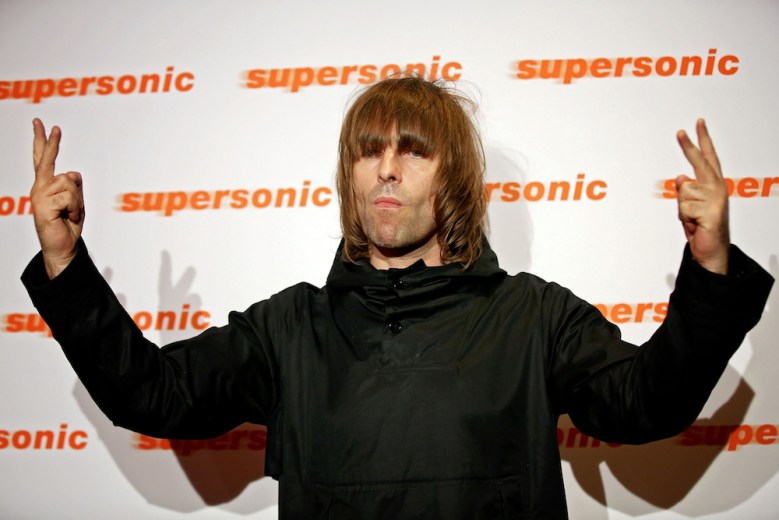 Twenty years after Oasis became the most popular British band since The Beatles, founding members Liam and Noel Gallagher agreed it was time for a documentary to tell their story. Getting the brothers to agree on literally anything else seems damn near impossible.

Indeed, one of the key takeaways from “Oasis: Supersonic” is that the Gallaghers, while complementing each other nearly perfectly as musicians, have as dysfunctional a relationship as any two people in the history of rock n’ roll. Not even “Supersonic’s” London premiere on October 4 could bring them together, as Noel was a no-show. To this day, director Mat Whitecross (“The Road to Guantanamo”) has never been in the same room with both brothers at the same time.

READ MORE: Ron Howard’s Hulu Documentary ‘The Beatles: Eight Days a Week’ Is Drawing Crowds at Theaters Around the World

Produced by “Amy” director Asif Kapadia and released by A24, “Oasis: Supersonic” is being held over for an additional week in theaters in 10 U.S. cities. The film also became available on iTunes and video-on-demand on Friday, October 28. Though Oasis played their last live show just seven years ago, a reunion in the future seems highly unlikely. In an email to IndieWire, Liam wrote that he wishes people would stop speculating about whether Oasis will get back together and just accept that it’s not going to happen. Watching the documentary, he added, made him both “happy that we achieved what we did and sad that it’s over.”

Though Liam and Noel each sat for roughly 20 hours of interviews for the film, “Supersonic” includes no present-day footage of either of them, or any of their friends or family. Instead, we hear their voices narrate over home video footage, media appearances and concert performances. “Apparently Noel didn’t want to be seen on camera,” Liam wrote to IndieWire. “Maybe it has something to do with him not wanting people to see his eyes whilst he’s telling his lies.”

For Whitecross, using separate audio recordings ultimately allowed him to build a singular narrative that dug deeper into the Gallaghers’ relationship as brothers and collaborators. “By asking the same questions and bringing the answers back to each other, we could artificially create this conversation that doesn’t exist,” Whitecross said. “You can’t talk about emotions in front of your brother.” Perhaps surprisingly, Whitecross found both Liam and Noel to be extremely agreeable individually. “I was very pleasantly relieved to meet them both and realize that, as I had suspected, the caricature that’s been perpetuated throughout the years in the tabloids is wrong,” Whitecross said. “They’re not the belligerent oafs that you would imagine from reading their press clips.” Rather than attempting to explain the cause of the Gallagher’s complicated relationship that goes way beyond sibling rivalry, Whitecross lets everyone in the film tell their side of the story, leaving it up to the audience to form their own opinion.

Regardless of how you feel about the Gallaghers’ inability to keep their musical collaboration going, there’s no denying Oasis’ profound impact on music in the 1990s. One of the most remarkable things about the band’s meteoric rise is how, in just two-and-a-half years, Oasis went from being an unknown group from Manchester, England to drawing a record-breaking audience of 250,000 at the 1996 Knebworth Festival. More than 2.6 million people applied for tickets, the largest demand ever for a concert in British history. The significance of that distinction was not lost on the Gallaghers, as before beginning the Knebworth concert, Noel can be seen telling the audience, “You’re making history, you lot.”

READ MORE: Review: ‘Oasis: Supersonic’ Is Like Spending Two Hours With Liam and Noel Gallagher, For Better or Worse

“We didn’t take ourselves too seriously, but we did take the music seriously,” Liam wrote, adding that despite the way he and Noel were represented in the media, he doesn’t think there are any significant misconceptions about Oasis. “Everyone knew that we were very passionate about our band, and as much as we had a lot of fun we also took it very, very seriously.” Whitecross similarly views “Supersonic” more as a celebratory document rather than an exposé designed to set the record straight.

“I just hope people get a chance to revisit this band and maybe be reminded about what was so great about them in the first place,” he said.

Both Liam and Noel continue to make music on their own, and are currently at work on new albums. Whitecross says that if the pair were able to reconcile and start a new musical collaboration, the result could be extraordinary. “They could still be in their prime if they got back together,” he said.

This Article is related to: Film and tagged Amy, Mat Whitecross, Music, Oasis