The theatrical version of the play was first performed at the World Science Festival in New York City last year. 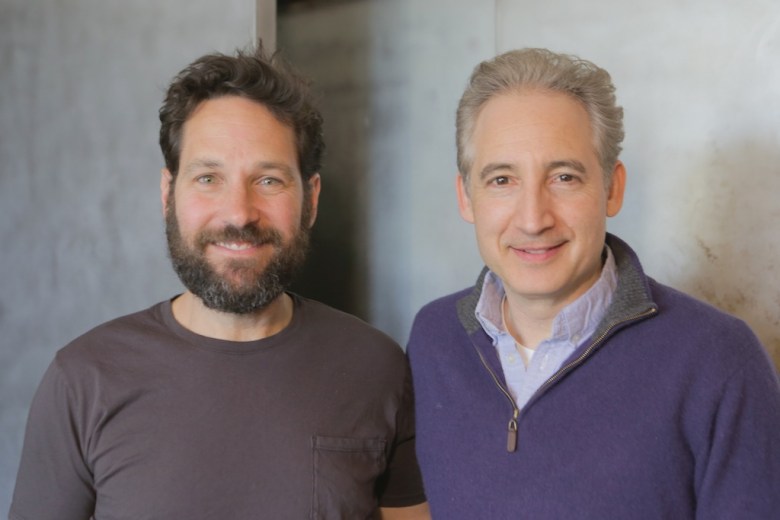 Theoretical physicist Brian Greene has reached a wider audience through his many books on physics, including “The Elegant Universe,” “The Fabric of the Cosmos” and “Icarus at the Edge of Time.” But last year, he premiered his play “Light Falls: Space, Time, and an Obsession of Einstein,” a cerebral, dramatic retelling of the story of Albert Einstein’s Theory of Relativity, at the World Science Festival last year. Now, an audiobook performance narrated by Green and an all-star cast led by actor Paul Rudd that’s based on the play is now available to download from Audible. Listen to a brief excerpt of the audio play below, featuring Rudd as Einstein himself, and watch an animated clip that explains the title of the play.

Rudd is best known for his performances in films like “Wet Hot American Summer,” “The 40-Year-Old Virgin,” “Knocked Up,” “I Love You, Man” and “This is 40.” He’s also made memorable guest appearances on such TV shows as “Friends” and “Parks and Recreation.” Most recently, he played “Ant-Man” in the Marvel film by the same name.

Meanwhile, Brian Greene produced the “Fabric of the Cosmos” episode of the long-running PBS series “Nova” and also appeared in an episode of “The Big Bang Theory” as himself.

You can download the audio play at Audible for $14.99 or for free if you sign up for a 30-day membership.

This Article is related to: Television and tagged Audible, Paul Rudd