The actor-writer-director-producer talks about starring alongside Sarah Paulson and the future of Duplass Brothers Productions. 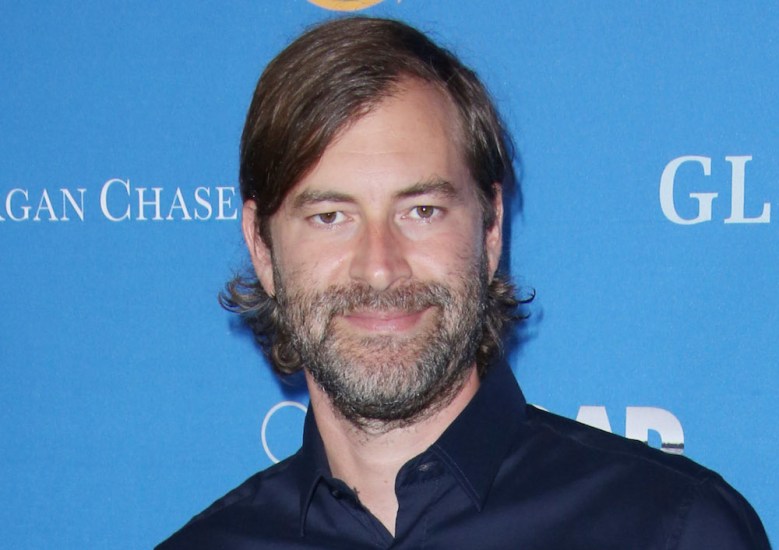 Mark Duplass has found his happy place. At a time when many independent filmmakers are struggling to get movies made, the 39-year-old is enjoying the kind of artistic freedom most filmmakers only dream about, churning out low budget movies that afford him virtually complete creative control.

His latest film, the romantic drama “Blue Jay,” was financed by Netflix without the company even seeing a script. Instead, Duplass wrote a 10-page outline that allowed for significant improvisation during shooting. Shot in just a few locations in and around the small town of Blue Jay, California, the entire shoot lasted just seven days.

The first project from Duplass Brothers Productions’ four-picture deal with Netflix, “Blue Jay” is the kind of movie that eschews nearly all of the qualities of conventional Hollywood movies. Shot in black and white and featuring just two characters, the film stars Duplass and Sarah Paulson as former high school sweethearts who run into each other later in life and take a long, emotional walk down memory lane. With no real action or supporting characters, Duplass and Paulson carry the entire film from start to finish, not unlike Ethan Hawke and Julie Deply in Richard Linklater’s “Before” trilogy. Despite the film’s low budget, the concept was in many ways a gamble.

“When you make a black-and-white movie with two people in it in 2016, you’re taking a swing at something,” Duplass told IndieWire in a recent interview. “It can come across as pretentious.” Trying to make the film stand out from the pack of independent movies today reminds Duplass of Miles Davis’ 1959 jazz album “Kind of Blue.” “It’s like I’m specifically doing nothing here because the album that came out before me was John Coltrane going fucking crazy all over the record,” he said. “The only way to cut through that is to be really quiet again and play against that tide.” The movie has attracted strong reviews from critics, earning a Metascore of 71.

“Blue Jay” is the first feature film for director Alex Lehmann, a cinematographer who also served as the director of photography on the movie. While some producers avoid hiring directors with no feature credits, Duplass says he intentionally works with first-time directors whenever he can. “I selfishly like a lot of first-time directors because they over-prepare, they’re super eager and there’s very little ego,” he said. For Paulson, the idea of making a movie in seven days with just two characters and using primarily improvised dialogue was a daunting task. “It was totally terrifying, just because I didn’t know if I was going to be able to do it,” she said. “I just kept thinking, Mark knows what he’s doing, so I’m just going to follow his lead and dive in.”

More than a decade after bursting on the indie film scene with their 2005 Sundance hit “The Puffy Chair,” made for just $15,000, Duplass and his brother Jay have earned a reputation for making critically acclaimed low-budget movies that also turn a profit. Duplass says keeping things small has allowed him to never lose money on a movie, a distinction few filmmakers in Hollywood can claim.

While the brothers did venture out of the micro-budget world to make 2010’s “Cyrus” for Fox Searchlight and 2011’s “Jeff, Who Lives at Home” for Paramount Vantage, since then the Duplasses have reversed course. “You’re taught — consciously or sub-consciously — to make an indie so you can get through that terrible process and get to Hollywood,” Duplass said. “I realized when I got there, oh no, I think I’m better over here.” Though shooting on minuscule budgets means that Duplass has to do things like hang lights and help carry equipment himself, he says that he doesn’t mind the manual labor. “That makes me happy because it makes me feel connected to where I came from,” he said.

As a young director, Lehman said he understands the desire to move on to bigger movies with larger budgets, but empathized with the Duplasses for wanting to stick to making movies on a smaller scale. “Why mess with the opportunity when your opportunity is to make any movie you want as long as you keep it cheap?” he says. So what’s it like knowing that millions of Netflix subscribers are going to be able watch your debut film, before you even shoot it? “I’m very spoiled in that the first movie I got to make as a director, I didn’t have to worry about whether we could sell it,” he said.

Indie distributor The Orchard acquired worldwide theatrical and ancillary rights to “Blue Jay” in August as part of the company’s seven-film output deal with Duplass Brothers Productions, but the movie is very much a home-video play. The Orchard opened “Blue Jay” in just one theater in New York on October 7, generating $5,235 at the box office, before making it available on video-on-demand on October 11. The film comes to Netflix in December.

READ MORE: Mark Duplass and Sarah Paulson Capture the Joys of Reliving the Past In ‘Blue Jay’ — TIFF Review

As for Duplass’s future plans, he says he’s going to keep making “a ton of movies” that allow him to have creative control, and one day he’ll hopefully have a large catalog of films and TV shows he can license to a studio. “In about 20 years, there’s going to be about four companies left,” Duplass said. “My goal is to say, ‘Okay, one of you big four giants, I made these 25 movies and these 10 TV series, and you get to have those as a package.’ Then I can send my kids to college and do everything I need to do off of that.”