Barry Jenkins' festival breakout "Moonlight" is going to be a must-see this fall, partly due to the rising star in its stunning ensemble. 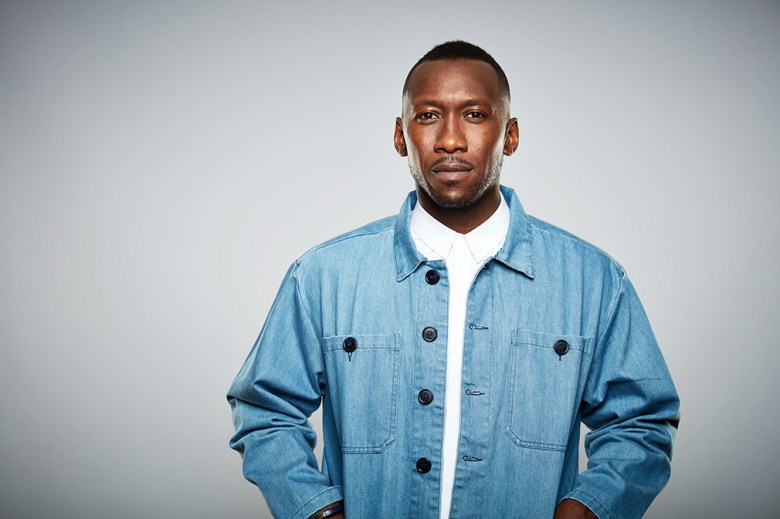 Audiences are getting to know “Moonlight” star Mahershalalhashbaz Ali. That’s his full, Biblical, first name. (It was the second son of the prophet Isaiah, and means “hurry to the spoils!”)

“Mahershala” is my nickname,” he told me at the Toronto International Film Festival (video interview, below).

It’s an unusual name that will become memorable; Ali has a swath of projects hitting screens, three of which he shot at the same time. (A fourth, “Hidden Figures,” in which he woos a NASA math whiz played by Taraji P. Henson, comes out December 25.) In New York, he was violent New York gangster Cottonmouth on Marvel’s Netflix series “Luke Cage.” In Baltimore, he continued the fourth (and his last) season of his Emmy-nominated role as Remy Danton, the slick former communications director for Frank Underwood, in “House of Cards.” And in Miami, on three successive weekends, he shot his pivotal supporting part in Barry Jenkins’ “Moonlight.” The festival hit opens October 21, to rave reviews. Now, he may get an Oscar nomination to add to his Emmy.

David Fincher, having worked with Ali on “The Curious Case of Benjamin Button,” brought him onto “House of Cards.” The Netflix series came along at the right time for the college basketball player who earned a Masters in acting from NYU. After 12 years as a working actor, he felt stymied.

“Opportunities were getting limited,” said the 42-year-old actor. “I wasn’t particularly inspired. I found myself dealing with real frustrations as an actor wanting to do more.”

That changed over the three seasons he played lobbyist-turned-whistleblower Danton, who falls in love with a Congresswoman who becomes House Majority Whip (Molly Parker). “I got to explore this character I hadn’t seen in any narrative before,” he said, “to step into the shoes of a character who felt new.”

And the character developed in a gratifying way, as he was able “to become softer and more vulnerable and sensitive to love, and begin to look at his work and wrestle with the priorities for him.”

Ali made the “Moonlight” connection when he worked with indie producer Adele Romanski on indie “Kicks.” It was shot in the Bay Area (where Ali grew up) — the same territory that Barry Jenkins mined for his debut.

“Have you seen ‘Medicine for Melancholy?'” he asked her. “Director Barry Jenkins is a really good friend of mine,” she replied. (Her husband, James Laxton, was the cinematographer on that film, and went on to shoot “Moonlight.”)

A year later, Ali read the script. “I had an emotional reaction to this project. That’s not par for the course for me,” he said. “I could see and hear the characters, and had a good sense of the world. And I had wanted to work with Barry. It was the best — if more difficult — work experiences of my life.” At the end of a day’s shooting, Ali’s emotions washed over him when he returned to his hotel room. That had never happened before.

“It’s a project that made me have to sit down and process it and release it,” Ali said. “I had to shoot over the course of three weekends, working with the young kid [Alex Hibbert], then leave and uproot myself to go to New York, working on ‘Luke Cage,’ and thinking about ‘Moonlight’ and this character and this project in Miami. It was a process I had never experienced before. I have never felt more passionate about a project or a character in my life.” In “Moonlight,” Ali plays Juan, a drug dealer from a Cuban family. He takes under his wing a fatherless young boy, Little, who lives with his drug-addicted mother (Naomie Harris) and is bullied at school for being “different.” Juan and his wife (Janelle Monáe) offer Little refuge, a place to feel safe. Juan becomes a much-needed role model, teaches Little how to swim, gives him advice about the world, offers him acceptance and validation.

“I have had that same experience,” said Ali, “where there are several people who have come up in my life at the right time and have made critical contributions to how I see the world and how I see myself. At that moment in time when we feel like the other, we were not the person embraced, not one of the cool kids, not in the club— when you’re that person, it makes you feel smaller, and when they persecute you as a result, that’s a difficult position to be in.

“Who is that person that comes around and says, ‘You are ok, you are worthy, you are special’? That makes all the difference in the world for many of us. Those are the people we appreciate the most.”

In one crucial scene, Juan sits Little down and tells him it’s OK to be who he is. “It was a very important scene to get right,” Ali said, “an opportunity to show somebody who, in most narratives, we don’t tend to honor as real people. If you have someone dealing in a criminal element in the white-collar world, they still get nuance as a character to build a 3-D human. These people won’t get that kind of service and attention.”

Ali’s friends from the Bay Area grew up to be police officers and prison inmates; one of his old basketball buddies is incarcerated for armed robbery and will never get out. “When I read Barry’s script, you see somebody who’s a reflection of people you actually know,” Ali said. “It was refreshing and important, because now I felt I could give something to this character, this person is a real reflection of someone I know from these neighborhoods coming up.”

It’s frustrating for Ali and other minority actors and women to read characters who aren’t close to being dimensional. “They’re written from a certain perspective and point of view,” he said. “When you are asked to slip into the shoes of somebody who is a reflection of you, as human as others, you have an opportunity to do something just as broad. It’s exciting and new.”

What Jenkins lets his characters do in “Moonlight” is think.

“Silence, that’s so important,” said Ali, “because now you have the opportunity to explore the psychology of the characters, how they think and react. The natural tendency for writers is to write everything down on the page … People are not used to seeing these type of people think, you think they don’t have the capacity because you never see them do it … To see how it was written and directed—it’s so moving, so personal and intimate that we can all relate and root for this character.”

Next up: He’s shooting James Cameron’s “Alita: Battle Angel” with director Robert Rodriguez. “‘House of Cards’ opened some doors,” he said. “I’ve been able to tackle some diverse stories and characters. I’m feeling busy but stretched in positive ways. I feel awake and ready for the challenge.”