Nick Camacho of Oscilloscope Laboratories made it after last night's debate. 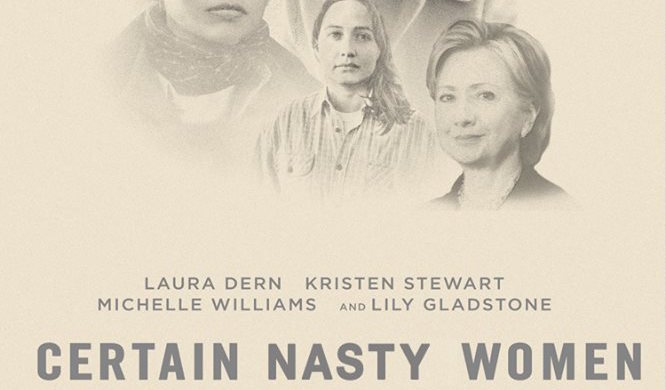 Last night’s third and (mercifully) final presidential debate between Hillary Clinton and Donald Trump produced many quotable moments, including the Republican nominee threatening to not accept the results of Election Day. Among that and other would-be zingers (“You’re the puppet!”) was Trump’s now-famous interjection while Clinton was discussing Social Security: “such a nasty woman.” If social-media reactions are any indication, just about everyone watching took notice — including Nick Camacho, Oscilloscope Laboratories’ Director of Marketing.

Camacho took it upon himself to alter the poster for Kelly Reichardt’s excellent new film “Certain Women” so that it now reads “Certain Nasty Women” and includes Clinton’s face among those of Kristen Stewart, Michelle Williams, Laura Dern and Lily Gladstone. Asked about his work, Camacho says that “it seems like every time Trump opens his mouth, he willfully insults someone — most often women — and unwittingly creates a unifying catchphrase for his opponents.”

READ MORE: Kelly Reichardt Is One of the Best Filmmakers in America, and We Don’t Appreciate Her Enough — NYFF

The actual movie was recently released in theaters and is well worth seeking out. Check out Camacho’s poster below.