Chile’s official foreign language Oscar entry will be released in theaters on December 16. 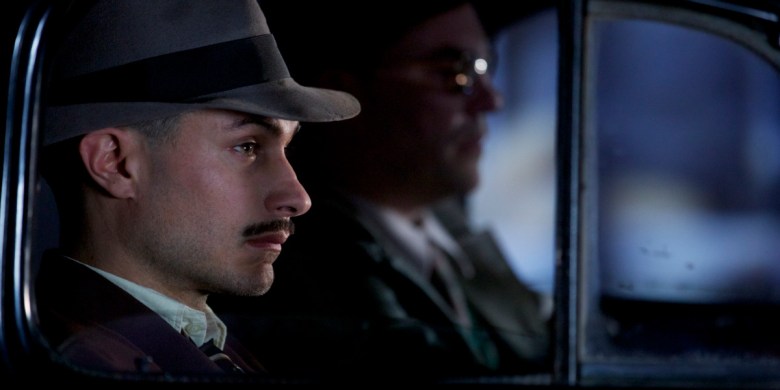 The Orchard and Participant Media

Gael García Bernal’s Inspector Oscar Peluchonneau will not play a supporting character in poet Pablo Neruda’s story, even if it means traveling all over Chile to find him. Pablo Larraín’s latest Spanish-language drama, “Neruda,” stars Luis Gnecco as the beloved writer who is forced into hiding after political tides shift in Chile.

Set in 1948, the film tells the cat-and-mouse story of fugitive Communist politician and popular poet Neruda as he’s forced underground, with a perseverant police inspector (Bernal) hot on his trail. While he and his wife, painter Delia del Carril (Mercedes Morán), move from location to location, he cunningly plays with the inspector, leaving clues designed to make his search more perilous — using this as chance to become a symbol for liberty.

“Supporting character? Me?” says Bernal in the new trailer released by The Orchard Movies. “No, sir. Because I’m going to catch you.”

Written by Guillermo Calderón, the movie is Chile’s official foreign language Oscar entry. It has its world premiere at the 2016 Cannes Film Festival and received positive reviews.

IndieWire’s Eric Kohn wrote in his B+ review that the film, “turns all of the filmmaker’s preceding statements on his native land into a unified whole. In essence, the film asserts that even as history passes into legend, it speaks to deeper truths.”

Larraín’s film “NO,” also starring Bernal, was nominated for the foreign language Oscar in 2013 and won the Art Cinema Award at the 2012 Cannes Film Festival. His upcoming first English-language effort, “Jackie,” is also positioned as an awards contender and has received rave reviews.

Bernal, who won the Golden Globe for Best Actor this year for his role in Amazon’s “Mozart in the Jungle,” can also be seen in Jonás Cuarón’s “Desierto,” now in theaters and “Salt and Fire.” The Mexican actor is also set to take on the role of Zorro in “Z.”

“Neruda”  opens in theaters on December 16.