Comedy Central, IFC Comedy Selects, and Seeso were among the networks that signed development deals out of the 12th annual independent TV festival. 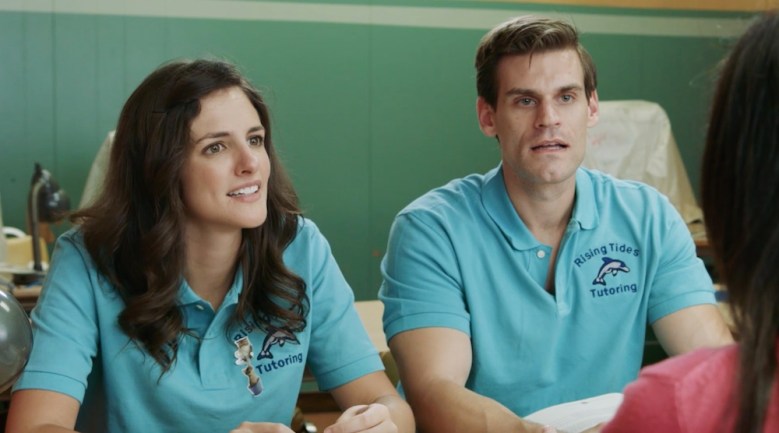 In the golden age of television, the New York Television Festival is quickly becoming the place to find the next crown jewel. Now in its 12th year, the festival continues to grow each year both in scope and prestige, boasting a record number of submissions, artists, and industry participation.

“It’s taken us a couple of years to get to this point, but we’re hitting our stride at a time where there is great creativity in TV and digital,” said NYTVF Founder and Executive Director Terence Gray, surveying the room bustling with pitch meetings on plush couches. “It’s fun, you see these incredibly talented people that are being given a shot to sit down with agents and managers and executives.”

Grey founded NYTVF twelve years ago, shrewdly filling an opening for a Sundance-like festival for independent television creators. But what sets the festival apart from its film-world counterparts is the unprecedented industry access afforded its creators.  “I haven’t ever been put in front of industry people in the way that I have here,” said filmmaker Kevin Barker, who signed a development deal with IFC Comedy Selects for his animated series “E. Coli Hi.” Barker has directed two features films: “Last Kind Words,” starring Brad Dourif, and “The Family Jams,” a music documentary that followed musicians Devendra Banhardt, Joanna Newsom and Anohni on the road. He enjoyed the creative freedom of a short form series. “The chunks are so much smaller to bite off with episodic, so you can do weirder stuff and be more experimental, because there isn’t as much invested. You can make something that fails, and it’s not the same thing as making a feature that fails,” said Barker.

Industry recognition for NYTVF grows steadily each year, especially since it has shepherded two projects to production: HBO’s “Animals” and Netflix’s “The Jamz.” That’s how Madeline Walter and Paul Walsh, two Los Angeles-based comedians who signed a development deal with Pop TV and won Best Short Form Comedy for their web series, “Textbook Adulthood,” knew of the festival. “In the past three years, I kept hearing about it more and more. Now there are shows on television that came out of this festival, or originally premiered at the festival, that made me pay more attention to it,” said Walter in between meetings.

There are public screenings of the chosen pilots, and industry talks from the likes of Lena Dunham and Mitch Hurwitz, but the meetings facilitated between creators and developers are the heart of the festival, and the reason for its launching pad status. “All of our partners see the material before the festival,” said Grey. “We allow them to watch everything, so before they get here, they know exactly who they want to meet with. And it’s a qualified meeting, because they’ve already watched their pilot. That is, for somebody who doesn’t have an agent or doesn’t have a manager, it’s almost virtually impossible.”

Originally, almost 90 percent of creators at the festival had no industry representation whatsoever, now Grey estimates that number hovers between 40 and 50 percent. That is a signifier that NYTVF’s star, much like its award winning creators’, is on the rise.

Daniel K. Isaac for “According to My Mother”

Angelica Ross for “Her Story”

Adam Weinstock and Andy Jones for “On the Bright Side”

Sonja O’Hara and Jaspal Binning for “Doomsday” and

Best of the Fest – NYTVF Scripts

Tiffany So and Saba Saghafi for their project “Limited Space” (Los Angeles, CA)

“Door on the Left” created by Kati Skelton (Brooklyn, NY) and