The two are among the leading figures in South Korea's film industry. 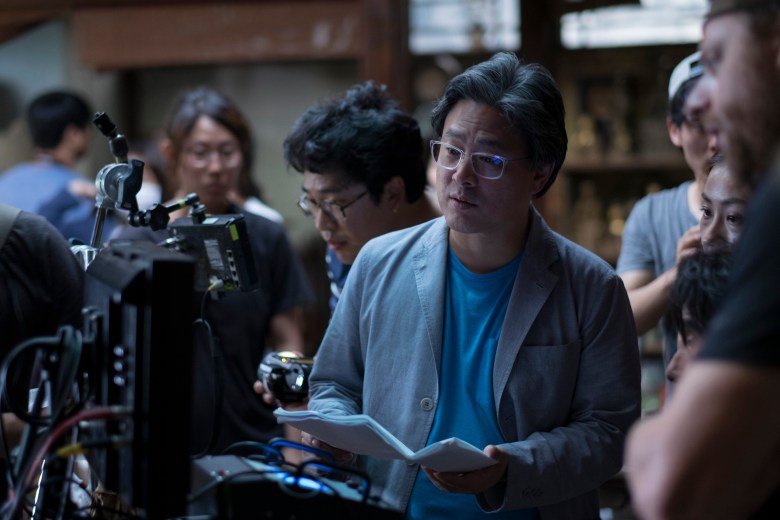 Park Chan-wook on the set of “The Handmaiden.”

“The Handmaiden” is perhaps the most internationally acclaimed Korean film of the year, but domestic support for Park Chan-wook’s adaptation of Sarah Waters’ novel “Fingersmith” hasn’t been robust. Kim Jee-woon’s “The Age of Shadows” was recently chosen as the country’s official Oscar submission, and Screen Daily reports Park is among those on president Park Geun-hye’s blacklist of artists who are not to receive financial and logistical support from the government.

Hankook Ilbo, a Korean daily newspaper, broke the news on Wednesday. The document is said to be 100 pages long and include 9,473 different artists; the main reasons for inclusion are criticizing and protesting the government’s reaction to a 2014 ferry accident that left 304 dead and supporting Moon Jae-in, who ran against Park for the presidency in 2012, and mayor Park Won-soon of Seoul.

Also said to be on the list are several actors, including Song Kang-ho (who stars in “The Age of Shadows” and is one of South Korea’s leading performers), Kim Hye-soo, Park Hae-il and Kim Tae-woo. Legislators from within Park’s party have called the blacklist a “dubious document.”

This Article is related to: Film and tagged Park Chan-wook, Song Kang-ho, The Handmaiden