Hollywood weighs in for the last time as Hillary Clinton and Donald Trump have one final showdown. 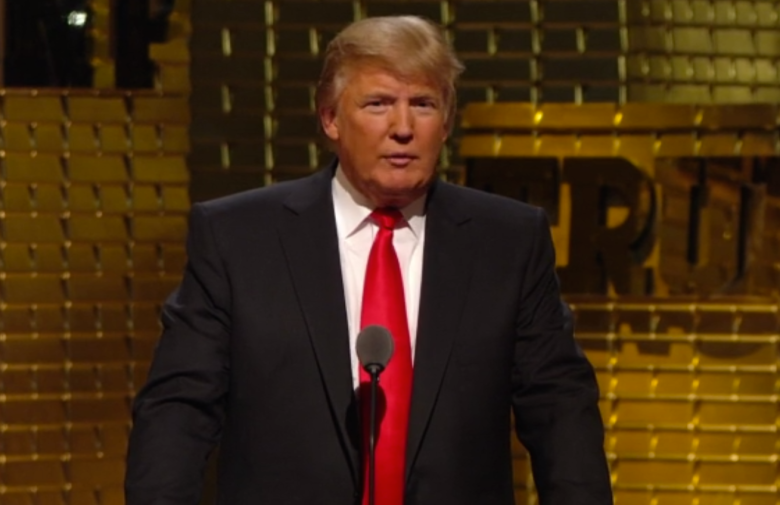 The third time is usually the charm, but when it’s the final showdown between Hillary Clinton and Donald Trump, all bets are off. Tonight’s third and final Presidential Debate, moderated by Fox News’ Chris Wallace, sees Trump and Clinton’s final showdown taking place just three weeks before Election Day. Unlike last go-around’s town hall format, this debate will harken back to the first and feature six different segments running 15 minutes each. Topics on the discussion board include debt, immigration, economy, Supreme Court, foreign hot spots and fitness to be president.

READ MORE: Donald Trump: By Roasting Him, We May Have Validate

As we’ve seen over the past two debates, Hollywood loves chiming in, and by chiming in we mean blasting Trump for his bizarre sniffs, comments and gestures. Tonight should be no exception, and we’ll be keeping our eye on the likes of Patton Oswalt, Shonda Rhimes, Timothy Simmons and more for the best commentary Hollywood can deliver.

Check out a roundup of Hollywood reactions below.

8 hours ’til #debatenight! This is your moment, @realDonaldTrump! Grab it! SEIZE it! pic.twitter.com/EJr1f8JhIj

Donald brought Obama’s half-brother from Kenya. Looks like Ivanka’s dreams are about to come true. #debate

Don’t let media convince you that this is a “showdown.” That’s just a play for ratings. Ignore that & listen for issues and ideas. #debate

Since The Real Housewives isn’t on tonight, I guess I’ll have to see a catfight the old-fashioned way… by watching the #debate.

Apologies to people of future times who unearth this debate. Most of us were good and decent and some of us were men. #debate

I wonder if they’d consider a 4th debate that has NO issues but rather Donald and Hillary holograms singing Michael Jackson covers. #debate

Not the one I thought would be wearing a white power suit. #debate

I want a president who dresses like a cool snowman, not a 1980’s devil. #debate

yo donald any of the pussy u grabbed end up having an abortion ???

I gave never seen Hillary Clinton deliver with such passionate eloquence for women, and their right to control their own bodies and lives.

Trump obviously wants to take away a woman’s right to choose. Otherwise no one will have sex with him.

It is impossible to debate a five year old hopped up on sugar.

No joke – I’m watching the #debate on Al Jazeera in Mexico. Don’t tell Trump! His brain might explode.

Nuclear codes? We clearly can’t even trust this man with self tanner #debatenight

I think Trump watched Robocop and confused it with Chicago. #debate

This Article is related to: Television and tagged Donald Trump, Hillary Clinton