The director and heavy metal badass also reveals how crowdfunding helped him to make his seventh feature, his favorite scary movies of 2016 and his surprising Halloween plans. 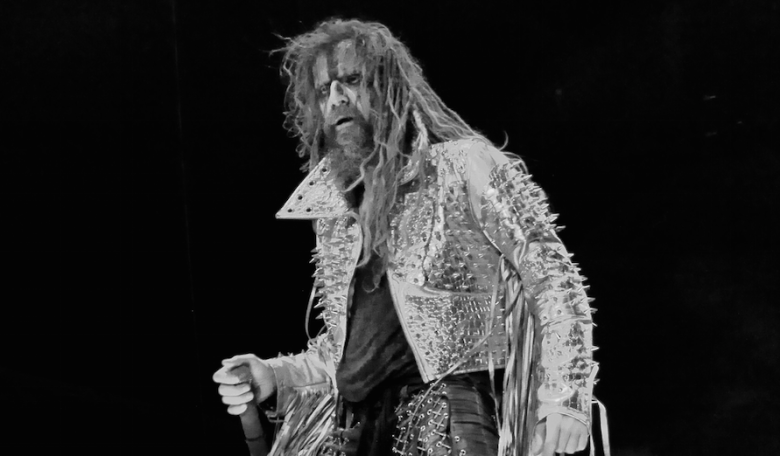 I was really struck by how rich the film looked, and this was your first feature done via crowdfunding. Could you tell me a bit about how this process was unique for you, and how you were able to stretch your dollar on screen?

Well, it was partially crowdfunded. I wish it was 100% crowdfunded, but that just wasn’t possible. But the crowdfunding was very helpful. The money that was raised crowdfunding I held back until the end, because it’s usually in editing and music, things like that, when you run out of money. Crowdfunding was really helpful for that. Unfortunately, we couldn’t raise enough to keep it 100% in that world, so I had to go out and find money in other places. But it was very, very helpful.

Could you see yourself going back and doing a studio film?

I mean, I can see myself working under any circumstances. It’s the same with music. You start out when you’re on no record label, then you’re on an indie record label, and then you sign to a major record label, and you get some records, and the answer’s kind of the same: As long as you can stick to what you feel is true, great. But if you feel like you’re being manipulated to do something that you don’t believe in, then I would have to say “I’m out,” you know? Simple as that. Maybe I’ve been following the election cycle a bit too closely, but it really struck me on my second viewing how strong the theme of the “haves” holding down the “have-nots” resonated. Is the film a reflection of your view of society, or do you see it as more of a ’70s time-capsule escapism?

It’s both, in a sense. I mean, there is a society that we have now where it’s like, if you have enough money, you can literally do anything. The election does bring up this theme a lot because I feel that the average person is a good person. The average person are people that run local charities, and want to raise money for things, and help people. They’re not privy to just how rich and heartless a certain group of people can be, because they don’t think that way. They’re true, they join the military for the right reasons, they help their community for the right reasons. There’s this whole other level that exists, that I just think people aren’t cynical enough to believe in – some people are, for sure, I’m saying it right now. But it’s kind of like that.

I’m not saying that what happens in this movie is happening in real life. But it could, because there’s a big difference between the guy who’s making a billion dollars a year and a guy who’s making minimum wage. There’s no relation. None. People can try to make it like, “Oh yeah, I get you and you get me.” No, you don’t. It’s all an act to fool people. And it always has been, it’s not like it started this year. And it’s just bizarre. There is a lot of that. You know, people struggling to meet ends meet while other people who have solid-gold toilets. There’s no relation. There is such a divide, and there always has been. I mean, think of the churches or castles that existed in medieval times and then the people living in huts in the forest. It’s always been like that. It still is. One of the breakout performances in “31” for me was Richard Brake, who from his opening monologue on is one of the most chilling clowns in cinema. Have you been following all of these wild clown sightings as of late on the news?

I am not. I tend to not watch the news anymore because I was sort of obsessed with watching the news, and then I realized this is all such a bunch of bullshit, why am I wasting my time? If I don’t watch it for six months and I come back to it, I feel like they’re on the same story they were six months ago. So, no. I mean, I would hear things about this, the clown stuff, just on, whatever, Instagram or something would mention it, but I really wasn’t following it, no.

Why do you think clowns are taking society by storm at the moment? What about them strikes so much fear in people?

I guess because it’s so simple. Even when I was doing this movie – people just have a thing with clowns. I don’t know why. I mean, I like them, I don’t find them funny, but I find them interesting. But I guess because of that makeup — you know, take some grease paint, it doesn’t take a lot of effects, it doesn’t take an elaborate costume. Put a little bit of makeup on your face and it totally transforms the person. In fact that’s why, with Richard Brake’s character, I kept his makeup so simple. Because even I was amazed at how little makeup you could put on somebody and totally lose their features, and I didn’t want to lose his features, because they’re pretty striking. But if I put this crazy Bozo makeup on him, it’d be like, well now I can’t even tell what his face is doing. And even a movie like “It,” the original one, who the fuck could tell that’s Tim Curry? It’s amazing how much it can transform someone’s face.

I would make an argument for “31” as your most balls-to-the-wall movie, and your “Electric Warlock” album as your heaviest as well. Are you always trying to push yourself to extremes in all of your work, or are you just feeling a more heavy vibe at the moment?

I don’t really think about it in any terms, in the sense that I never think, “Oh my god, this record has to be heavier than that record, this movie has to be, there gotta be more violence than the last movie.” I don’t really go back and listen to the old records or watch the old movies, so I sort of lose perspective on what I’ve actually done. Maybe that’s not a good thing, maybe I should pay more attention, but it’s just where I’m at at the moment.

The way that you get movies or music to people has changed so much. There’s barely a record label, there’s barely even anything anymore, so it’s just kind of like, you make it, and it’s out there, direct to the fans. You don’t have to worry like, “Oh, is there a song on this record that MTV gonna play, or radio…” It’s like, who gives a shit? You don’t even think about that stuff anymore.

Like, I made “31” [and] I wasn’t thinking, “Oh boy, is this a movie we can get on 4,000 screens?” Of course it isn’t. Why even think about it? Just make it. That’s how I kind of function… early in your career you think, “Oh, I wanna have a number-one movie. Oh, I wanna have a platinum record.” You think about these things because you haven’t done ’em before. But once you’ve sold millions of records, you’ve gotten that thrill, once you’ve had a number-one movie and done all that, you kind of stop thinking about it. You kind of just do your own crazy thing and that’s really all I care about, is just making the things.

This Article is related to: Film and tagged 31, Interviews, Rob Zombie