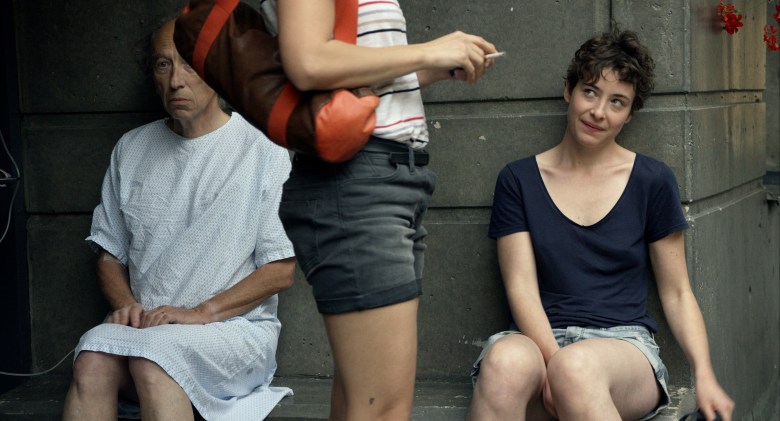 MUBI is getting into the theatrical game. The curated streaming platform is making its way into the North American theatrical marketplace with their release of Rachel Lang’s “Baden Baden,” which the previously online-only outfit will open the film in New York and Los Angeles on November 25. The film will then be available exclusively on MUBI’s digital site.

The film marks the third collaboration between Lang and the superb young actress Salomé Richard and completes the trilogy which develops the character of Ana through two short films (including “For You I Will Fight” and “White Turnips Make it Hard to Sleep”). Lang said of the news, “It’s such an honor for me that my film is the first U.S. theatrical release for MUBI. The wonderful MUBI team worked incredibly well to release it in the U.K., and now they are doing the same for the U.S. I feel like Julia Roberts with them.”

Of the new venture, MUBI Founder and CEO Efe Cakarel commented, “We are thrilled to be entering the U.S. theatrical market with ‘Baden Baden,’ an outstanding debut from an emerging director. Connecting exceptional films with audiences who may not otherwise have the chance to see them is at the heart of what we do.”

The news shouldn’t come as much of a surprise to anyone who has been following MUBI’s path, particularly over the past few months. In April of last year, MUBI dipped into theatrical releasing when they teamed up with New Wave Films to release Miguel Gomes’ epic “Arabian Nights” in U.K. theaters. Last September, they worked out a similar strategy to take Mathieu Amalric’s “The Blue Room” to U.K. cinemas. Also last fall, they debuted Paul Thomas Anderson’s “Junun” at the New York Film Festival, immediately ushering it into a global exclusive streaming release. It’s been clear for quite some time that MUBI wanted to do more. MUBI’s other recent acquisitions include all U.K. rights for Berlinale Panorama opener “I, Olga Hepnarova,” Eugène Green’s “The Son of Joseph” and Bruno Dumont’s Cannes Palme d’Or nominee “Slack Bay” — all of which will open theatrically in the U.K. — as well as all U.S. and U.K. rights for Un Certain Regard winner and official Finnish Oscar entry “The Happiest Day in the Life of Olli Mäki,” by Juho Kuosmanen, which will receive both a U.K. and a U.S. theatrical release through the company.

READ MORE: What the Heck is MUBI and Why is Paul Thomas Anderson’s New Film Streaming There?

MUBI subscription plans are $5.99 a month or $47.99 for 12 months. MUBI is available at their website, along with PlayStation, Amazon Fire TV, Apple TV, and Samsung Smart TVs, as well as on mobile devices including iPad, iPhone and Android. Hey, and now in some movie theaters!

Check out the trailer for “Baden Baden” below.

This Article is related to: Film and tagged Acquisitions, distribution, MUBI