The animation work of Japan's Studio Ghibli is combined with real backgrounds. 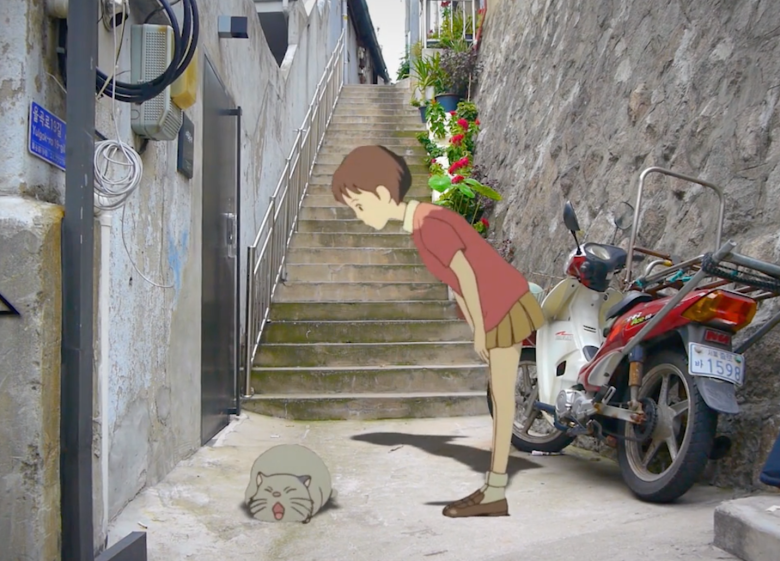 Studio Ghibli is known for producing some of the best anime feature films, with eight of them among the 15 highest-grossing anime movies made in Japan. For the past 31 years, their iconic characters haven taken viewers on journeys into rich and imaginative worlds.

In a stunning new video, Vimeo user DirectorDT edits Studio Ghibli’s beloved characters like Kiki from “Kiki’s Delivery Service” and Chihiro and No-Face from “Spirited Away” with real-life backdrops. The results are stunning as the characters blend in perfectly with the natural settings.

READ MORE: The 20 Most Iconic Characters In Studio Ghibli History

Additional characters included in the video are from “Nausicaa of the Valley of Wind,” “Laputa: Castle in the Sky,” “My Neighbor Totoro,” “Whisper of the Heart,” “Princess Mononoke,” “The Spirit of Sen and Chihiro,” “Howl’s Moving Castle” and “Ponyo.”

In 2014, Studio Ghibli announced that they would be temporarily halting production due to director Hayao Miyazaki, who co-founded the studio with Isao Takahata, announcing his retirement. This year they co-produced “The Red Turtle,” which premiered in the Un Certain Regard section at the 2016 Cannes Film Festival.

READ MORE: ‘The Red Turtle’ Director Reveals How He Made Studio Ghibli’s New Film With No Dialogue

Check out “Studio Ghibli in Real Life” below.

This Article is related to: Film and tagged Studio Ghibli, Video