Henson, who received an Oscar nomination for her performance, had to pay her own hotel expenses. 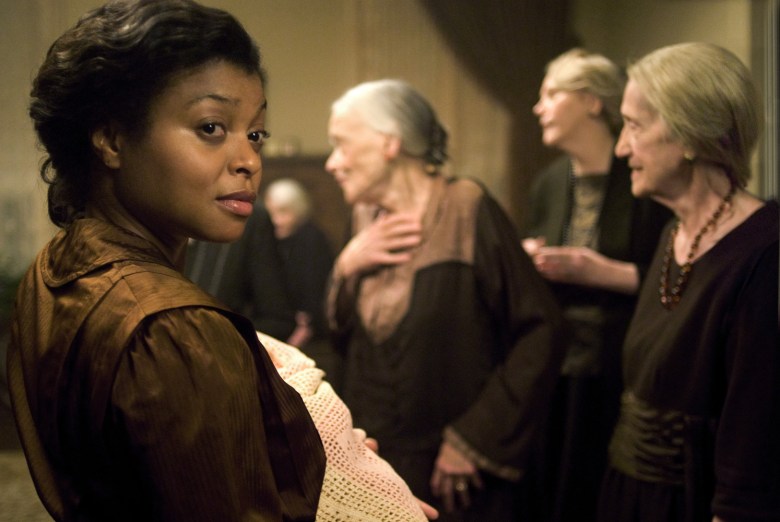 Taraji P. Henson in “The Curious Case of Benjamin Button”

Taraji P. Henson’s memoir “Around the Way Girl” was released today. Among the many topics broached by the actress is her experience on David Fincher’s “The Curious Case of Benjamin Button,” which netted her critical acclaim and a richly deserved Academy Award nomination but paid far less than she had hoped. Henson calls her financial compensation for the David Fincher–directed drama “the equivalent of sofa change” compared to the princely sums bestowed upon Brad Pitt and Cate Blanchett.

In her own words:

“Both Brad and Cate got millions. Me? With bated breath, I sat by the phone for hours, waiting for Vince[Cirrincione, her manager] to call and tell me the number that I thought would make me feel good: somewhere in the mid six figures — no doubt a mere percentage of what Brad was bringing home to Angelina and their beautiful babies, but something worthy of a solid up-and-coming actress with a decent amount of critical acclaim for her work.

“Alas, that request was dead on arrival. ‘I’m sorry, Taraji,’ Vince said quietly when we finally connected. ‘They came in at the lowest of six figures. I convinced them to add in a little more, but that’s as high as they’d go.’ There was one other thing: I’d have to agree to pay my own location fees while filming in New Orleans, meaning three months of hotel expenses would be coming directly out of my pocket. Insult, meet injury.”

READ MORE: Taraji P. Henson’s ‘Empire’ Highlight Reel Has to Be Seen to Be Believed

More than her Oscar nod, Henson — who now stars on Fox’s “Empire” — attributes her subsequent financial success to Tyler Perry, who cast her in 2009’s “I Can Do Bad All By Myself.” “I’m grateful to Tyler for putting me on the road to being paid my worth,” she writes. “It was he who gave me a fair wage to star in his movie, which ultimately raised my quote — the baseline pay I could negotiate going into subsequent movie deals…It was because of him — not an Oscar nomination — that I never had to take another movie project at the rock bottom of six figures.”