The promo is currently playing in Landmark theaters. 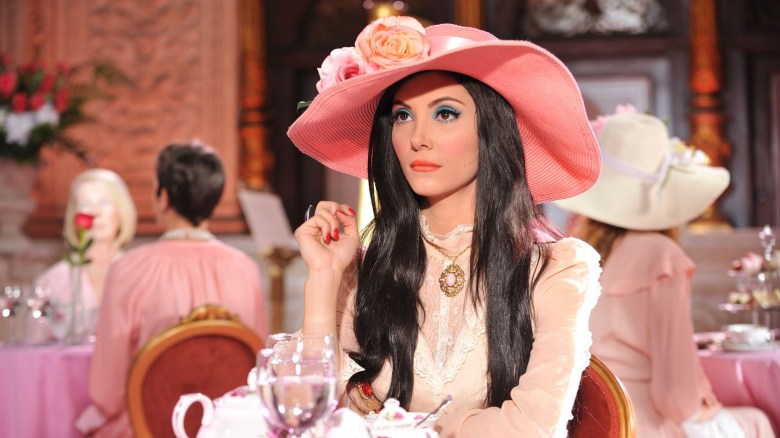 Anna Biller’s new film “The Love Witch” follows Elaine (Samantha Robinson), a beautiful young witch who’s determined to find a man to love her. She makes spells and potions and uses them to help pick up and seduce men, but when her spells work too well, she ends up with a string of hapless victims. Though when she meets the man of her dreams, Elaine’s desperation to be loved drives her to the brink of insanity and murder. The film co-stars Laura Waddell (“Crimson Peak”), Jeffrey Vincent Parise (“Mad Men”), Gian Keys (“F**Kin’ Actors”), and more. Watch an exclusive promo below featuring The Love Witch herself warning moviegoers about the “anti-attractiveness” of talking and texting during a movie, currently playing in Landmark theaters.

Biller’s previous feature “Viva” and her 16mm shorts have screened at major film festivals and art spaces around the world. Her work has garnered a cult following over the years.”The Love Witch” had its world premiere at the Rotterdam Film Festival in the Netherlands and its U.S. premiere at the Maryland Film Festival. This past May, Oscilloscope Laboratories picked up the worldwide rights to the film.

“The Love Witch” will open at the Nuart in Los Angeles on November 11, and then play in the Opera Plaza Cinema in San Francisco and Shattuck Cinemas in San Francisco East Bay on November 12 and 13 respectively. This will be followed by a New York release on November 18 and then a limited national release. For a full list of theaters, head to the film’s official website.

This Article is related to: Film and tagged Anna Biller, The Love Witch