Also in this episode: Snoop Dogg's take on marijuana legalization (spoiler: he's for it) and a review of Hugh Laurie's new Hulu drama "Chance." 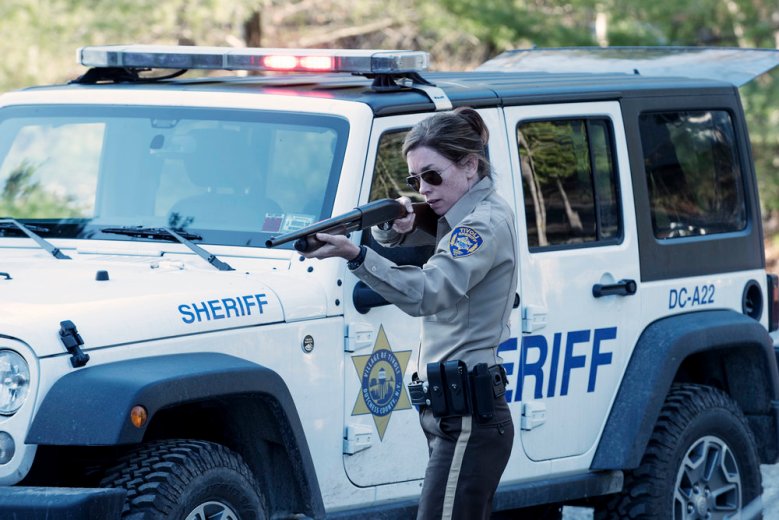 Producer Adi Hasak likes to play by his own rules. He doesn’t have an agent, and doesn’t have an overall deal anywhere. Yet over the past year he has sold two straight to-series TV shows: NBC’s “Shades of Blue,” starring Jennifer Lopez, and now USA Network’s new thriller “Eyewitness,” starring Julianne Nicholson. “Eyewitness” is based on a Norwegian drama and follows two teenage boys who are secretly hooking up in a cabin when they witness a gangland-style killing. One of the boys’ foster mother happens to be the local sheriff, played by Julianne Nicholson, who’s investigating the crime. Hasak adapted “Eyewitness” and executive produces the show. On this week’s edition of IndieWire’s “Turn It On” podcast, Hasak shares his grand vision for how he is building an international-focused production company and bypassing the traditional rules for getting series on the air. (“Eyewitness” airs Sundays at 10 p.m. ET on USA Network.) Also on this edition of IndieWire’s “Turn It On,” “The Walking Dead” fans have been waiting all summer to find out which major character died at the hands of Negan, the baddie played by Jeffrey Dean Morgan who carries a barbed wire baseball bat and isn’t a nice guy. Executive producer Greg Nicotero, who also directs and is the mastermind behind the show’s effects, tells us that this death is different.

IndieWire’s “TURN IT ON with Michael Schneider” is a weekly dive into what’s new and what’s now in TV – no matter what you’re watching or where you’re watching it. Each episode features interviews with producers, reviews, essays on the latest buzz and trends, plus a roundup of what’s premiering and what’s returning over the coming week. With an enormous amount of choices overwhelming even the most sophisticated viewer, “TURN IT ON” is a must-listen for TV fans looking to make sense of what to watch and where to watch it.

This Article is related to: Television and tagged Podcasts, The Walking Dead, Turn It On