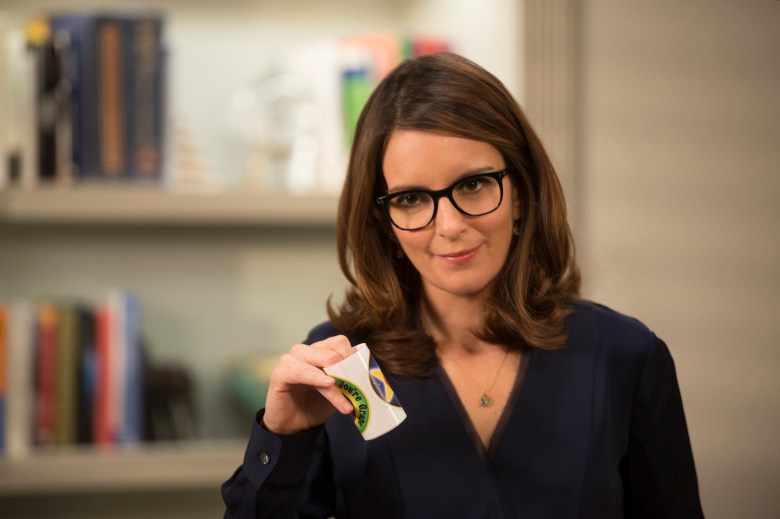 Tina Fey hasn’t been an official onscreen cast member of “Saturday Night Live” since 2006, but her impersonation of Sarah Palin throughout the 2008 presidential election has become perhaps her most memorable contribution to the sketch-comedy show. Speaking at the Produced By: New York conference yesterday, Fey jokingly referred to her new advisory role on “SNL” as the cast and crew’s “worst nightmare.”

READ MORE: ’30 Rock’: 10 Reasons Tina Fey Made One of TV’s Most Important Comedies

“I showed up at ‘SNL’ the first couple weeks and was hanging around, just trying to be helpful,” she explained. “I’ve become their worst nightmare. I call up on Friday and ask, ‘What do you guys got?’ I feel super comfortable in that role.” After leaving the show, Fey went on to create and star in “30 Rock,” which ran for seven seasons between 2006 and 2013; more recently, she created Netflix’s “Unbreakable Kimmy Schmidt,” in which she also appears.

About her well-received take on Palin, who served as John McCain’s running mate, Fey said that “we spent so much time and care making sure everything was a fair hit. First of all, is it going to be funny if it feels true? Is it unnecessarily aggressive? We never, ever went into it, like, ‘We gotta protect Obama.’ Never, ever talked about it in that way. I think that’s so important.”

The formula isn’t so simple eight years later, however, as the race between Donald Trump and Hillary Clinton has been especially contentious. “This time around it’s so fascinating because it’s so, so ugly. This election is so ugly that it’s not quite business as usual,” said Fey. “I really felt for Jimmy [Fallon], where people were angry that he had Trump on…it’s not Jimmy who peed in that punch bowl. It’s not Jimmy who made that made this horrible, ugly world we are currently living in.”

This Article is related to: Television and tagged Saturday Night Live, Tina Fey