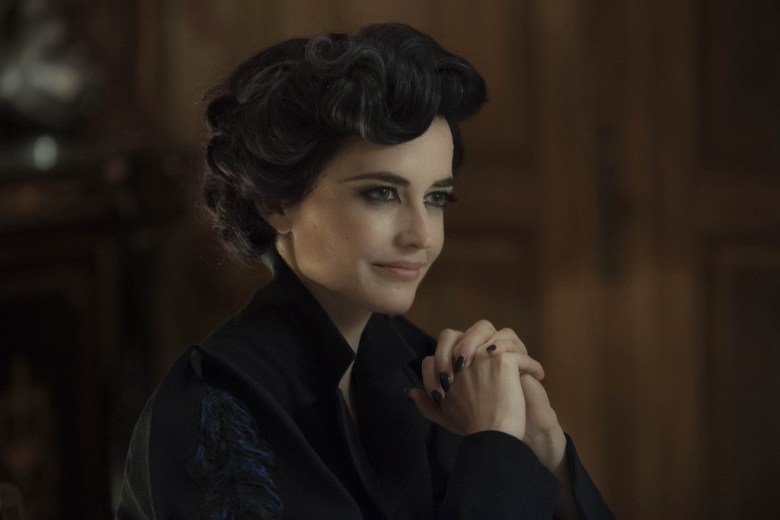 This weekend three new studio wide releases —”Miss Peregrine’s Home for Peculiar Children” (20th Century Fox), “Deepwater Horizon” (Lionsgate) and “Masterminds” (Relativity) — grossed a total of $56 million! Compare that to the $54 million that “The Martian” grossed by itself exactly one year ago.

With “Queen of Katwe” (Disney) drawing little interest, “The Magnificent Seven” diving 55% on its second weekend and other films not holding well, the weakness is widespread. Only “Sully” is thriving among fall openers.

This is distressing news for theaters. The 27 days of the season show a drop of 9% from last year. That’s $50 million. During the fall season a strong film or two (“The Girl on the Train” and “The Birth of a Nation” take their chances next week) can quickly change the direction, so it’s not fatal. But Fall is off to a wobbly start.

And it is disconcerting for  studios. The three new films combined cost them, before additional marketing expenses, around $300 million. Even with a much lower budget (unreported) budget, “Masterminds” needed to score higher for just-out-of-bankruptcy distributor Relativity. “Deepwater Horizon”’s Louisiana state tax credits reduced its burden, “Peregrine” will perhaps be saved by overseas markets.

The bigger picture is that through the first four weeks of the season, 13 wide release studio films have opened, and only “Sully” (Warner Bros.) looks like a sure winner in domestic results. Last year already had “Hotel Transylvania 2” and “The Martian” heading to higher totals than any so far this year. On the set of “Deepwater Horizon”

Just Good Enough Not to Panic

The three new films (“Queen of Katwe” also expanded by over 1,000 theaters) all came in around their advance projections. “Masterminds” is a dud with little hope of restoring Relativity to previous (mid-level) standing, but “Peregrine” and “Horizon” both can sit back and take a breath and await future weeks and foreign results.

So that can be considered both a relief and a problem. The context of the accumulation of too many films doing at best “OK” should concern the industry.

Both the top two films had elements that suggested a case for their higher budgets. But comparisons to similar films leave them both short. And getting rescued by foreign – should it happen – just makes North American theaters and making films designed to elevate domestic grosses less important. That in turn increases the trend toward less domestic-appeal movies with uneven future prospects.

In the absence of cloning Clint Eastwood and finding ways to keep theatergoers from aging (older audiences remain steady while younger and other core groups are less reliable) the long term is looking less optimistic than it did six months ago when a huge late winter and early spring suggested new life.

The two $100 million-plus budgeted efforts deserve the most attention. Before they quickly disappear, some comments on “Masterminds” and “Queen of Katwe.”

Relativity sloughed off “The Disappointments” three weeks ago as a throwaway release with low expectations. “Masterminds” – a bank heist caper from “Napolean Dynamite” and “Nacho Libre” director Jared Hess with Zach Galifianakis, Kristin Wiig, Jason Sudeikis, Owen Wilson, Leslie Jones and Kate McKinnon – had as these names suggest some real comedy pedigree. But because of Relativity’s financial travails it was delayed from 2015 high-level date positioning, and seems to have conveyed a stale feeling (along with mediocre, late-arriving reviews). The hunger for comedy exists, but comes with audience caution these days. What looked good on paper didn’t draw crowds when it finally showed up on screen.

The expansion of Mira Nair’s “Queen of Katwe” from 52 to over 1,200 (fewer than initially projected) screens managed to gross on its second weekend a million less (at $2.6 million) than “Hell or High Water” did on its second on 472 screens. In other words, far less than hoped for. Its second day 60% increase shows adult appeal and some good reaction, but it is coming from way too low a start to expect much improvement. Expect this to struggle to reach even $7 million and fade from awards consideration despite its decent reviews and strong cast.

Tim Burton’s last breakout smash was “Alice in Wonderland” in 2010. The Disney reboot, starting their live action updates of franchise stalwarts nearly tripled its  $116 million opening for its domestic total, and more than doubled that overseas. That worldwide total was $1 billion on a $200 million budget.

This was meant as a comeback after a decline, with the $150 million “Dark Shadows” the costliest but also highest-grossing among Burton’s recent efforts. It fell short, with this looking like a potential comeback for him.

As an adaptation of a recent best-selling novel with similarities to the “Harry Potter” series, “Peregrine” has Burton-friendly fantasy elements. But it is an unusual entry in his work. His similar efforts usually were coming more iconic established starting points – “Batman,” “Dark Shadows,” “Planet of the Apes,” “Sleepy Hollow” – rather than previously unfilmed stories.

“Miss Peregrine” though a popular book is hardly iconic. In fact, the marketing, appropriately tried to replicate the “Potter” success. With series author JK Rowling returning with the much-anticipated “Fantastic Beasts and Where to Find Them” next month, this earlier date was crucial.

But the results — $28.5 million — are nothing special compared to similar PG or PG-13 family fantasy films. The derided (and Burton-produced) “Alice Through the Looking Glass” opened to only slightly less (just under $27 million). Fox’ own “Maze Runner” films, both also early fall releases, managed over $30 million – and combined cost less than “Peregrine.”

At least Saturday was up 51% from Friday, far above either “Alice” or “Maze.” That would be normal for a routine younger-oriented film (more PG than older audience PG-13). It usually indicates a good reaction (better than its mediocre B+ Cinemascore).

But its shortfall compared to similar films comes from an older appeal. Burton may in fact be an aging brand. Any film he is associated with is expected to have his brand stamped on it, which is no longer a certain positive thing. (And this like his recent entries earned mixed reviews).

Fox’s statistics show a slight majority of attendees over 25. That includes parents with kids, but even so indicates a less than normal appeal among its intended audience. And the under 30% Latino/African-American audience – year round a much bigger part of ticket buyers – also indicate less than across the board appeal. The movie appears to have older interest – Burton, literary roots, stars like Judi Dench, less seen of late. With apparently older viewers per Cinemascore liking it less than younger, and a much bigger novel adaptation “The Girl on the Train” out next week, whatever second-day boost occurred, it looks like we have another film that will need to be saved by foreign. (In a little over half the world, it has taken in $36.5 million early on).

When the distributor brings up tax credits in order for a high-budget film coming out OK, it’s not a good sign. Whether “Deepwater Horizon” cost $156 million or less, just over $20 million isn’t a good start.

Director Peter Berg and Mark Wahlberg hit paydirt with “Lone Survivor” a couple years back, ending up with $125 million domestic on a $40 million cost (with its U.S. military story having little appeal overseas). But Berg had an even more expensive action/FX/explosions film – “Battleship” – four years ago, and it opened better ($25 million, spared from total disaster by doing more than 75% of its gross overseas).

This Gulf of Mexico oil rig disaster film is a well-known domestic news story with elements that might actually catch on abroad ($12 million in limited dates so far). But among Wahlberg’s films, it may be victim to not capturing what has been part of his appeal – a humorous, edgy side, whether in comedies or dramas – rather than the heroic element that Tom Hanks played on so well in “Sully” and “Captain Phillips” (also on water thrillers).

This actually got better reviews than “Lone Survivor” (also with Wahlberg), but that tightly honed military story had the sort of appeal that presaged the much bigger “American Sniper.” Berg as an actor goes back to the critics’ darling “The Last Seduction” and TV’s “Chicago Hope.” And this is not his last hurrah for this year. He’s eligible as producer of “Hell or High Water” for awards attention and comes back at Christmas with Lionsgate and CBS Films” the Boston Marathon bombing story “Patriots Day” at Christmas, once again with Wahlberg. Busy guy. “The Magnificent Seven” disappointed Sony with its 55% drop. Denzel Washington’s other fall decently reviewed films such as “The Equalizer” and “Flight” held much better. And the A- Cinemascore for “Seven” was supposed to suggest a strong reaction. Looks like not so much, with a domestic total just around $100 million and perhaps not much more overseas (to be determined) making this $90 million before marketing cost film on the edge in terms of profit.

“Storks” also in its second weekend dropped a typical 35% for an animated film. That gets it to $39 million (about the same foreign). If it keeps holding, it could eke a profit as well. But like “Seven,” this was meant to have a more positive result.

Clear winners “Sully” and still around late-summer “Don’t Breathe” both held to under 40% drops. That’s particularly impressive for “Breathe,” both as a horror film late in its run and losing 30% of its theaters. It won’t quite make $100 million, but at a $10 million budget is already heading towards a good profit (even without a heady boost from foreign).