Cinematographer Bradford Young should not get overlooked by the Academy for his lyrical work on Denis Villeneuve's sci-fi parable starring Amy Adams. 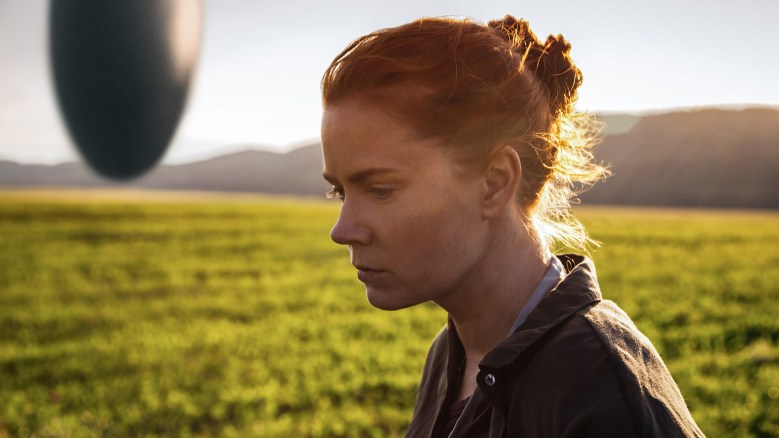 After being overlooked for his stunning work on “Selma,” cinematographer Bradford Young will have another opportunity for an Oscar nomination with Denis Villeneuve’s sublime “Arrival.” If he were to land one, he’d join Remi Adefarasin (“Elizabeth”) as the only other black honored in the category.

Indeed, Young’s poetic imagery helps transcend the sci-fi trappings, enveloping Amy Adams’ remarkable linguist Dr. Louise Banks in a strange, ethereal atmosphere in this alien contact movie about time, memory and mortality — and what it means to be human. The timing couldn’t be better for such a hopeful parable.

“I was free to be more imaginative and use all 360 degrees of the environment,” Young told IndieWire, referring to the fact that “Arrival” marks his first contemporary movie after three successive period pieces (“Pawn Sacrifice,” “A Most Violent Year” and “Selma”).

See more Why ‘Arrival’ Could Never Be Made by a Studio

“I looked at the first five minutes of the film [a memory of Louise and her daughter that’s more complicated than we realize] as liberating beyond any genre rules or expectations,” he said. “It’s the essence of collaboration where Denis and [I] are giving editor Joe Walker this material, and he’s going to create something sensitive and interesting.” That’s an understatement about a non-linear structure that bends time for greater existential meaning. After alien spaceships touch down in 12 locations around the globe, Louise embarks on a mission with mathematician Ian (Jeremy Renner) to communicate with the seven-limbed heptapods, which resemble giant octopuses. But they’re way of communicating with Louise through black, wispy circular shapes called logograms alters her perception of time and way of thinking way outside the box.

“But it’s uplifting in its own, weird, personal way,” Young said. “When you get to a certain age, you start to have questions about your own mortality, your professional mortality, your spiritual mortality. And then you have kids in the mix, which is a reflection of both of those things. Definitely, that’s the biggest challenge of the film.”

Visually, using the Alexa XT, Young treated the mission to find out the meaning of the arrival as mostly a mundane-looking procedural. Even so, the first glimpse of the large oval ship (resembling the egg from “Alien”), with the clouds rolling in, is quite stunning. And that atmosphere continues inside the ship with fog. “The greatest visual polarity is between her memories and interaction with the heptapods inside the ship, which is like a temple,” Young said. “I wanted to make sure that the hot links in between had a certain level of consistency, a level of grayness to them that gives us a lot of payoff.

“I went for cooler colors when I wanted Amy to feel worn down. We tried to pull back on that a little bit, but then Denis stopped me in the [color timing] and told me not to be so concerned about skin tone and let her be pasty, let her exist in that melancholy space, let us feel that visually.”

The directors landed Young after tantalizing him with all the right movie references. All he offered, though, was a glimpse of Ehrenreich’s screen test. “He’d say, ‘I’m at 50% of Han Solo now,’ and you go, ‘Wow, what are you gonna do at 100%?'”