From "Parks and Recreation" to "Gilmore Girls," here are some of your best viewing options for the hours not spent on turkey prep. 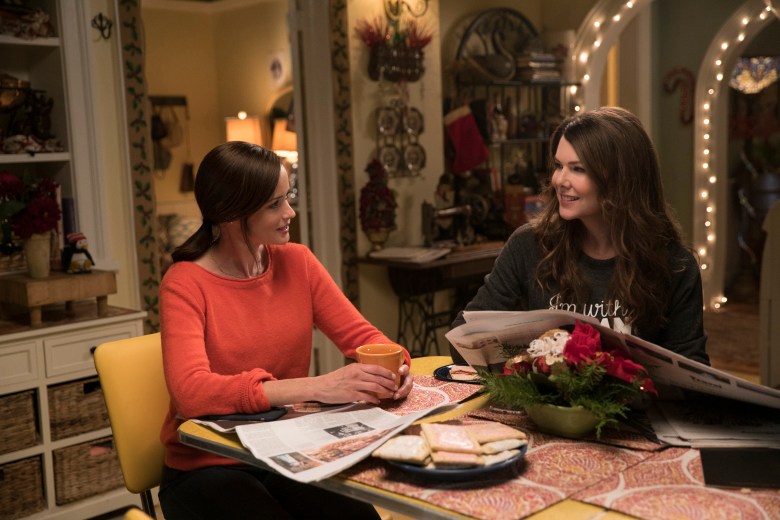 Thanksgiving weekend has always traditionally been a great time to catch up on TV, and all the networks know it. However, while there are near-countless marathons across the cable landscape, which ones actually deserve your attention? Before your relatives turn on the game or “Tiny House Hunters,” check out our curated list of the best marathons happening over the next few days — a few guilty pleasures, but also some real standouts and classics that are worth revisiting. When: Thursday, 6 a.m. through the weekend
What: A mix of classic episodes from both series, digitally remastered for a new generation (and very much appreciated). While the “TNG” episodes selected are largely from Season 2 (not exactly the show at its finest), the “TOS” episodes set to air are more choice — highlights include “The City on the Edge of Forever,” “Amok Time,” and “Space Seed.” When: Thursday, 3:20 p.m. – 6:25 p.m.
What: An assorted mix of classic episodes with a holiday bent, including “Helen Keller! The Musical,” “A History Channel Thanksgiving,” and plenty of Mr. Hankey. When: Thursday, 7 a.m.-11:30 p.m.
What: Esquire’s picked arguably one of the NBC comedy’s best stretches of episodes for this marathon — beginning in Season 3 just before the Harvest Festival, and running through the end of Season 4, as Leslie Knope runs for city council. New loves blossom, many waffles are eaten, and the world is introduced to the magnificence that is Lil’ Sebastian. So great. When: Thursday, 6 a.m. – Friday 2:15 a.m.
What: The original 1975 film (yes, there’s a film on this list, but forgive us — we’re still traumatized by the recent Fox remake) will be running on a loop all day long, letting you check in for your favorite musical numbers and one-liners. BYO rice and toilet paper. When: Thursday, 7 p.m.- 11:52 p.m., Friday, 7 p.m.- 11:52 p.m.
What: Let us not dwell on the fact that Starz never renewed this legendary sitcom for a third season. Let us instead be grateful we got two seasons of this incredibly funny comedy about life as a cater-waiter that featured one of the greatest ensembles in television history: Adam Scott! Lizzy Caplan! Ken Marino! Martin Starr! Jane Lynch! Ryan Hansen! Megan Mullally! Not to mention guest stars like Jimmi Simpson, Kristen Bell and Steve Guttenberg as himself! Season 1 airs Thursday night, while Season 2 airs Friday. Bask in it.

READ MORE: 7 Reasons ‘Party Down’ Is Your Next Must-See Series (That You’ve Hopefully Already Seen)

“Gilmore Girls: A Year in the Life” (Netflix) When: Four movie-length episodes become available Friday 12:00 a.m.
What: This one’s basically a gimme, but let’s face it — for many, many people, this is the only TV that matters this weekend. And it should make many many fans very happy. When: Friday, 8 a.m. – 6 p.m.; Saturday, 8 a.m. – 6 p.m.
What: If you missed E!’s first scripted series, about a fictional royal family prone to bad behavior, then you missed an unexpectedly fun and campy delight. The show returns for a third season in December, but thanks to this marathon you can dive into Seasons 1 and 2 first. Elizabeth Hurley has never been more badass. When: Friday, 8:30 a.m. -12:30 p.m.
What: A horror show from the mind of a former “Simpsons” writer, “Stan Against Evil” features John C. McGinley as a cranky former sheriff contending with an invasion of the undead. Horror-comedy is a genre blend that often tastes great, especially after pigging out on Turkey Day. Catch up with the whole first season on IFC.

READ MORE: ‘Stan Against Evil’ Creator Dana Gould Mixes Laughs and Frights, With a Little Help From His Friends When: Sunday, 2 p.m. – 10:50 p.m.
What: Speaking of horror comedies — Bruce Campbell’s triumphant resurrection of perhaps his most famous character is just a few episodes away from the end of Season 2, but this weekend Starz is enabling some major binging, starting with the beginning of Season 1.

This Article is related to: Television and tagged Parks and Recreation, South Park, Star Trek, Thanksgiving