You shouldn't let music videos lie to you. 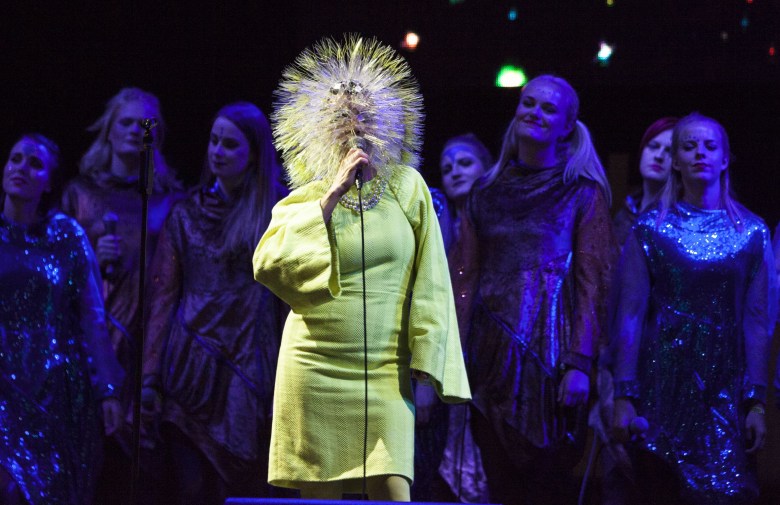 Björk’s interests have always extended beyond music, whether it be the fact that you shouldn’t let poets lie to you or appearing in Lars von Trier movies. For her latest venture, Iceland’s greatest musical export (you heard me, Sigur Rós) has appeared in the virtual reality music video for Vulnicura’s song “Notget.” Watch the teaser for it below, as we’ve apparently reached the point in our society where teasers for music videos are a thing.

Warren Du Preez and Nick Thornton Jones directed the video, which features Björk as a kind of spectral being with angel-like wings and flaming extremities; we truly live in the future now, friends. “Notget” is preceded by VR videos for both “Stonemilker” and “Black Lake,” both of which can be seen at Montreal’s Björk Digital exhibit.

“Notget” was first shown at the Airwaves Festival in Iceland. Björk’s most famous film appearance is “Dancer in the Dark,” for which she won the Best Actress prize at Cannes; von Trier’s film also took home the Palme d’Or.

This Article is related to: Film and tagged Björk, Music, Virtual Reality