Filmmakers feeling rage about the political climate should look to the scrappy independent films of the 90's as an example. 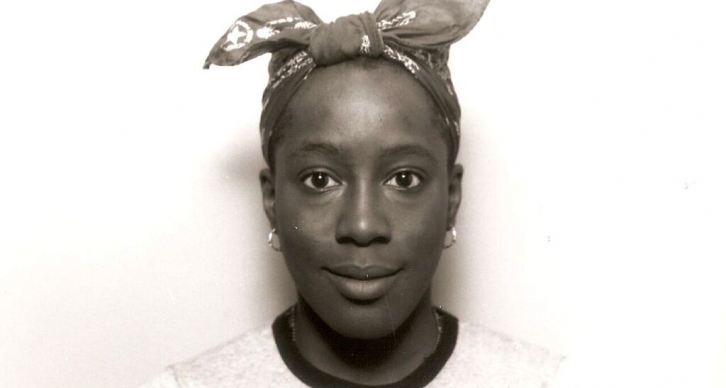 Cheryl Dunye in her film, “The Watermelon Woman”

There’s a scene in Cheryl Dunye’s groundbreaking 1996 debut, “The Watermelon Woman” in which Dunye is hassled by two police officers. Playing a fictionalized version of herself, the black lesbian endures their harassment as they mistake her for a man and call her a “crackhead.” The scene is a short one; after the cops search her, they let her go, and she doesn’t mention the encounter again. It’s a moment of head shaking, not skull cracking.

In a recent conversation, Dunye recalled a Q&A in which a young viewer marveled at how the filmmaker could have been so prescient in trumpeting “Black Lives Matter” issues. “That was an issue then!” She laughed, not dwelling on the pain underlying her statement. “I think that speaks to the power and the double-edged nature of this moment. This was happening before me, you’re just seeing it in a different container and lens.”

As the election reminded us, progress is not linear. When “The Watermelon Woman” came out 20 years ago, it was the first feature by and about a black lesbian. A cutting-edge work at the height of the culture wars, it won the Teddy Award at the Berinale as well as Best Feature at Outfest L.A. But its success was also due to its comic tone, scrappy low-budget look, and use of Dunye herself as subject.

“It’s a powerful piece of art that allows us to think about who has access to representation, who has access to archives, and why women, people of color, and queer people have not had access to these powerful instruments,” said Alexandra Juhasz, one of the film’s original producers.

Set in Philadelphia, the film follows Dunye’s attempt to make a documentary about Fae Richards, a black actress from the 1930s whom Cheryl discovers playing a mammy role. Struck by her beauty and yearning for a film history that reflects someone who looks like her, Cheryl’s fictional journey yields more fruit than the real Dunye’s did.

“I did the research, I did look in black film history, and found nothing but homophobia and omission,” she said. “I did look at queer film history, I read Vito Russo, and found no mention of race. So I hope that my film spurs these younger people to think about their identities within the context of representation in the media.”

In that way, “The Watermelon Woman” fantasy is a hallmark of the thinking queer person’s interior life. It’s a common theme in many films in The Metrograph’s excellent Queer ’90s series, which celebrates a fruitful time for independent filmmakers and for what came to be known as New Queer Cinema.

READ MORE: NewFest And Beyond: Why LGBT Film Festivals Are Essential to the Future of Gay Movies

“This is something we were doing inside of a vibrant community of queer people, AIDS activists, black queer people, who were making a lot of culture at that time,” said Juhasz. “We didn’t do it thinking we were making something that would last. It was a handmade, DIY, microbudget feature film. It got a lot of attention. But when you’re young and poor, you don’t imagine you’re making something that’s important for the future. That’s not what’s motivating you.” Dunye is very much aware that the filmmaking culture that produced “The Watermelon Woman” no longer exists. “So many of my peers who came from that indie world are trying to do television now, and I’m quite comfortable trying to create, invent, and work in [the film] space.” Although making movies is easier now than it ever has been, it is very rare to see a film like “The Watermelon Woman” that has no end game other than to explore ideas.

“Media has gone the way of fashion and trends, and unfortunately I think that’s what’s happening in the creativity in cinema,” said Dunye. However, she was encouraged by the response to the Nate Parker scandal, and the warm reception for Barry Jenkins’ “Moonlight.”

“It’s so interesting to see how blackness, black visibility, and the conversation around black male lives has changed in just a year,” she said. “We went from celebrating the Nat Turner thing, which was angry and screaming and loud, to a very uncomfortable space for some, but a beautiful film about a very difficult struggle within class and race and gender that’s being heralded.”

Dunye had a brush with commercial moviemaking in 2004, when she directed “My Baby’s Daddy” for Miramax (Dunye: “Harvey Weinstein’s Miramax”), starring Eddie Griffin and Anthony Anderson. She quickly realized it wasn’t for her. “That’s not why I started my practice,” she said. “So I backed away from it and re-figured myself out.” Cheryl Dunye and Valarie Walker in “The Watermelon Woman”

Taking a break from filmmaking, she moved to Amsterdam and discovered that — much like the independent queer film community — the ex-pat community no longer existed. She began writing again, thanks to the Binger Filmlab, a development center affiliated with the Rotterdam and Cannes film festivals. That, and a desire to see more black stories on screen, reignited her filmmaking.

“I am so tired of not seeing black queer lives in the future. I’m so tired of the magical negro syndrome,” she said. “That’s why I’m doing the post apocalyptic sci-fi, looking at queer afro futurist type things,” she said. “I want to be able to tell stories as a filmmaker, and have the rights to do what every filmmaker is allowed to do. For me, what the 20th anniversary and reception of ‘The Watermelon Woman’ is saying is: Make your film, don’t worry about it.”

She spoke before Tuesday’s election results devastated so many people who may soon wish media representation was their biggest concern. Her comments would likely have been very different the next day; she might have sounded more like Juhasz, who said: “Capitalism and its perverse relationship to networking and exposure have put a damper on all the ways we can be artists in community together.”

There could be a silver lining in the possibility that artists will again become activists, that where four years of Clinton might have led to complacency, four years of Trump must lead to radicalism. Would-be radical filmmakers can find stellar examples in Dunye and her New Queer Cinema peers such as Rose Troche, Tom Kalin, Bruce LaBruce, and Sadie Benning. These were not moviemakers looking for the best deal, but artists whose chosen medium was (and still is) cinema.

They also understood humor as a way to cope and incite change. “That’s Cheryl’s power, she’s funny,” said Juhasz. “And she opens doors, but the doors she’s opening are complicated.”

This Article is related to: Features, Film and tagged '90s Films, Cheryl Dunye