Denis Côté isn't a household name, but he continues to make challenging films on his own terms — including his latest, "Boris Without Beatrice." 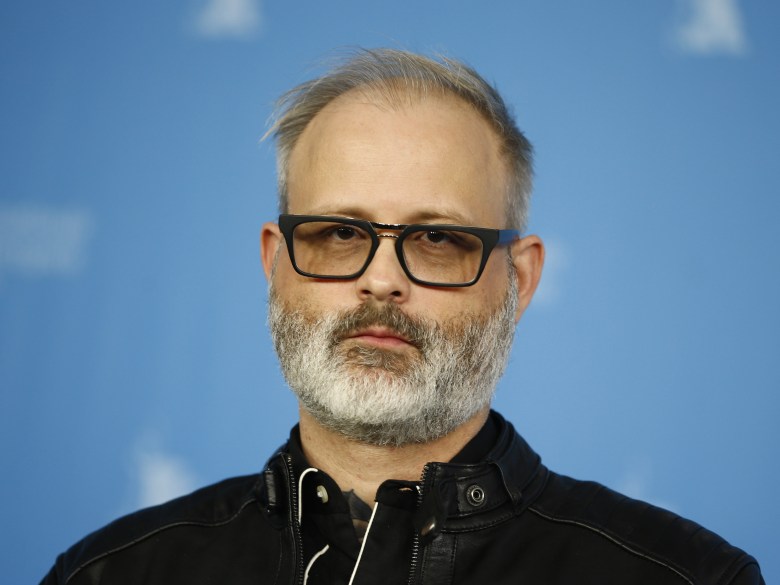 The current crop of acclaimed Quebec filmmakers shooting feature films south of the border speaks to an unprecedented infatuation on Hollywood’s part with French-Canadian directors.

But there’s another remarkably prolific, genre-bending Montreal filmmaker – an award-winning festival regular who has clocked in nine features, one medium-length production and shorts to spare over the last decade – who’s never shown much enthusiasm about dipping his toes in the American studio system. No matter how many prizes or festival selections his films rack up (Berlin, Cannes, Locarno and Sundance among them) or how many retrospectives film societies program about his work, this established force in Canadian cinema continues to operate outside the system, on his own terms.

If you’ve ever seen a Denis Côté film, you know about the writer-director’s penchant for experimenting with the cinematic form, jettisoning narrative conventions and challenging viewers to fill in the blanks. For instance, his micro-budget “Our Private Lives” (2007), mostly filmed in Bulgarian, is a metaphysical mood piece about Internet lovers trying to consummate their attraction IRL. “Bestiaire” (2012) makes your run-of-the-mill trip to the municipal zoo into a fascinatingly ambiguous, strikingly composed cinematic ticket. His award-winning “Vic and Flo Saw A Bear” (2013) broaches classically Côté-ian themes of alienation and isolation while displaying a greater emotional investment in its characters. The tonally adventurous tale of two ex-con lovers rebuilding their lives in the remote countryside, “Vic and Flo” continually upends expectations, deftly shifting from moments of startling violence to unsettling backwoods beauty. His most dialogue-heavy film yet finds the writer-director ditching his long-standing penchant for laconic loners. “Boris” tells the story of its titular rich and braggadocious businessman (James Hyndman), a serial philanderer forced to confront a lifetime of demons while coping with his bedridden wife Béatrice’s (Simone-Élise Girard) crippling illness. The psychological thriller also features Leos Carax regular Denis Lavant (“Holy Motors”) as an ominous, wisdom-dispensing “Stranger” and cult director Bruce LaBruce (“Gerontophilia,” “The Raspberry Reich”) as the Prime Minister of Canada (!).

After premiering in competition at the 66th Berlinale and screening at Karlovy Vary, “Boris” will now play at AFI Fest. Indiewire looked into how one of Canada’s most singular and consistently surprising filmmakers keeps doing things his way.

Côté is known for a very precise and calculated mise en scène. While shooting “Boris” at a Montreal retirement home, Côté warned that there would be no on-set suspense or production drama. He pre-plans…everything.

“The thing is, it’s not very interesting to watch,” he said. “I’ll just sit in my chair as people get things moving, because everything has been storyboarded. We just execute the plan.”

He shared a comprehensive booklet, containing pictures and meticulous technical notes of every single shot on the schedule. Côté and cinematographer Jessica Lee Gagné exhaustively weighed every possibility in the lead-up to the shoot. Rarely do they question the decisions made in pre-production, he said. While Côté won’t always embrace off-the-cuff creativity, he’s more likely to give free rein to spontaneous ideas when working on a low-to-no-budget venture.

Côté has his own “one for them, one for me” philosophy. Hollywood actors often mention how they subscribe to the “one for them, one for me” philosophy, alternating between big-budget commercial fare and paycheck-impaired creative experiments in storytelling. A similar balancing act has proven quite fruitful for Côté. Hence, interspersed between his three latest bigger-budget features – “Curling” (2010), “Vic and Flo Saw A Bear” (2013) and “Boris Without Beatrice” – he’s gone to great lengths to experiment with the form in ways a $2 million, government-funded feature simply won’t allow.

“It’s something very distinctive about him,” said co-producer Nancy Grant of Metafilms. “He’s found a balance between big productions and more freestyle enterprises. He likes that kind of freedom for those small projects.” His last such experiment, the 14-minute “May We Sleep Soundly” (2015) — which follows an unidentified presence behind the camera that breaks into winter cottages — was made in two-and-a-half days with the director’s own money.

“We never do auditions for Denis’ films,” said his longstanding co-producer Sylvain Corbeil. “He always has actors in mind. He meets them and if they have a good connection and they like the script, it’s done.” Côté is proud of the many new faces he has cast over the years, even if a certain amount of gambling is involved when banking on unknown entities.

“I pick a lot of people based solely on their faces,” he said. “On their bios, it says they’re professionals. So it’s really a gamble.” For the part of Béatrice in the new film, “you’d think that I would take this famous Quebec actress, but I chose someone we don’t see enough of.”

Côté’s cinema is sustained by the film community.

Festivals like Berlin and Locarno have long allowed Côté, a former film critic at ICI (one of Montreal’s now-defunct alternative weeklies), to connect with a like-minded community of artists operating worlds away from commercial cinema. “Many filmmakers are inspired by their personal lives, but Denis is the most film-literate of all directors we work with,” said Corbeil, whose company Metafilms also produces the features of Dolan, Anne Émond and Maxime Giroux (whose “Félix et Meira” was Canada’s 2016 foreign-language Oscar contender). “His inspiration really comes from filmmaking. Even his collaborators: he finds them at other film festivals. He’s really living in a cinema world.”

Côté thinks filmmakers should create their own hype, rather than believe it.

For Côté, everything surrounding a director’s film is just as important as the film itself. “You have to create your own urban legends,” Côté said. “We live in a period where you need to market yourself. People still describe me as ‘the tattooed filmmaker,’ which is a stupid thing. But having an original cast or a solid musical [collaborator] is really interesting. There are good and bad reasons to work on the peripheries of your films.”

Côté is working against the clock.

When Indiewire encountered Côté on the set of “Boris,” he was sitting by the retirement home’s indoor pool, explaining to us that he must remain seated as much as possible due to a chronic condition affecting his kidneys. The illness, he pointed out, might account for his prolific output. “When you’re fighting a disease, you’re working against the clock,” he said. “It’s nothing dramatic, but it’s a really interesting notion. I don’t know if I’m in a hurry, but maybe that’s why, unconsciously, I made nine films in 10 years.” Côté, whose favorite filmmaker is the late, legendarily productive German enfant terrible Rainer Werner Fassbinder (44 movies in 16 short years), was first diagnosed a decade ago. “When you learn something like that, you start dramatizing things and pushing yourself more and more, he added. “In your head, you’re fighting against something. Time, perhaps? So when I make a film, I need to be ambitious.”

Côté doesn’t worry too much about his audience. For years, Côté was garnering much acclaim on the festival circuit while remaining shockingly little known on his home turf. The mainstream Quebec press had him pegged as a “festival filmmaker.” Côté recalled the uncertainty of those days. “At the time, I was making these independent, underground films. I still didn’t know if I wanted to be more accessible or commercial,” he said. “I was really struggling with the idea that if a good script were to come on my desk, say for some bank robbery film, would I do it?”

He considers “Bestiaire” — an experimental meditation on mankind’s fascination with animals — and “Vic and Flo” as the major turning points in his career. “Suddenly I felt much more comfortable with who I was as a filmmaker,” he said. When “Vic and Flo” won the Silver Bear in Berlin, where Wong Kar-wai was president, the deal was sealed. “That’s somebody telling you, at one of the biggest festivals of the world, that your film is the most original out of the competition,” he said. “That got me thinking: What do I have to prove to anyone? Why can’t I just be myself?”

“Boris Without Beatrice” plays November 14 at the AFI Fest in Los Angeles.

This Article is related to: Film and tagged AFI FEST 2016, Denis Côté, Interviews