Sarah Jessica Parker wasn't the only actor returning to TV on "Divorce": Thomas Haden Church explains why he went to back to the small screen for a dark comedy. 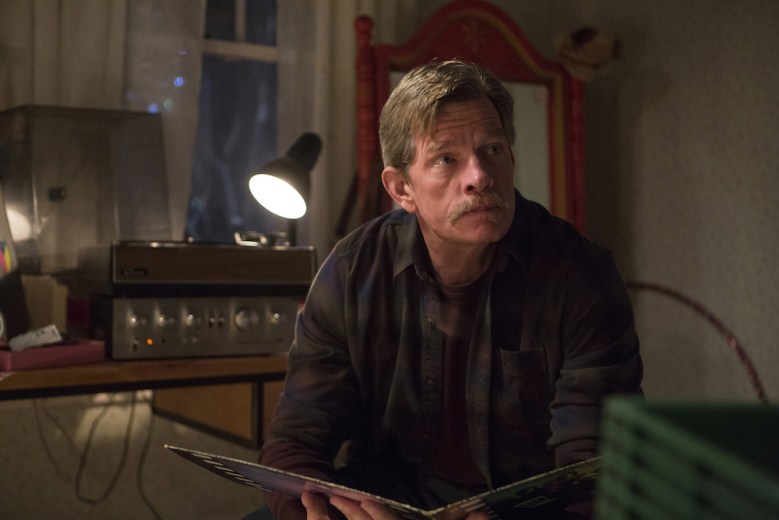 Thomas Haden Church isn’t getting a divorce. Neither is Sarah Jessica Parker. Nor Sharon Horgan.

The stars and creator behind HBO’s “Divorce” don’t have pressing personal reasons to make a show about one of the most prominent painful life experiences. They don’t need an outlet for their own struggles. They’re not reliving anything onscreen.

So why do it? To answer that is to also answer why we should be watching HBO’s latest comedy, a prospect some have deemed too difficult for their weekly viewing schedule.

“With ‘Divorce,’ what’s relevant is how prescient it’s going to be to so many people,” Church told IndieWire before the series premiere. “I don’t like the word familiar, but how sort of applicable it is. We’re going to show people that [this couple are] strangers, but they’re recognizable strangers. Their life experience could very easily be the life experience of somebody you know, or even you.”

Beyond the stellar performances and fine writing, “Divorce” is a show that will hit hard for many who’ve been through it, know someone who’s gone through it or, perhaps most of all, are children of divorce.

Added Church: “I’m not going to say people are going to learn how to deal with divorce because of ‘Divorce,’ but you know what? You might see something that helps you make a better choice or avoid a collision.”

READ MORE: The Sarah Jessica Parker Interview: How TV Has Changed From ‘Sex and the City’ to ‘Divorce’ “With storytelling, we read books about people that aren’t like ourselves,” Parker said in a separate interview. “Maybe it’s your parents who attract you to this show, or friends or siblings or just the study of people in their lives — and I mean this in a really good way — ordinary people trying to figure things out. I think there was a time in the ’70s, in cinema, when we spent a lot of time telling ordinary people’s stories, and they are all of us. Whether or not it’s relatable, if we do our job right, it can be interesting.”

Central within the challenging premise of “Divorce” is its featured couple, Frances (Parker) and Robert (Church). In the very first scene of the series, they appeared to be stuck in a frustrated romantic stasis shared equally by both parties. Robert lied about “taking a shit” in a coffee can after being denied access to the bathroom, and Frances flipped him off the second he turned his back on her (an action improvised by Parker).

“There’s so much self-doubt and self-regret with both characters,” Church said. “That’s just so human. It’s so relevant in virtually everybody’s life.”

After the premiere, it seemed like sides had been set: a good, decent — if a bit daft — husband against a well-intentioned wife who’s committed adultery. In terms of TV characters, an illicit affair is usually enough to distinguish antagonist from protagonist. Yet since that first half-hour, so much more has come out about each character and how they treated their spouse; none of it damning one way or the other, but aptly complicated in exemplifying how a loving marriage could lead to such shared vitriol. In short, it’s not easy for the audience to root for the “good guy” because there isn’t one. When asked if he thought of Robert as good or bad, Church said, “It’s the easy answer, but both. It’s a really bad cliche, and also a title of a Doors album: ‘Nobody Gets Out Alive.’ For all outward appearances, this marriage was a disease-free organism. Then there was an event or a series of events, and suddenly now it’s diseased organism and it’s headed to a major procedure and/or death.”

“In terms of who’s accountable, maybe somebody’s accountable or maybe nobody’s accountable,” he said. “[After the pilot] and the stories continue to unfold, you see the idiosyncrasies that used to be romantic and then became more practical and then maybe they became more self-serving before becoming completely dismissive and selfish. In the first few episodes, there’s a mystery to Robert. You can’t really figure out who he is. His business dealings; his awkwardness, socially; his kind of desensitized removal from her and the kids; how he doesn’t really know how to communicate with her friends.”

Taking on this role — of a man who lives on such a fine line between empathetic and unappealing — wouldn’t be an easy sell for every actor. And Church wasn’t, at first, “all that interested” in returning to TV. The Oscar-nominated actor, like many of his peers, was looking to make a living that helped balance his life: “I can do movies and have a normal life in Texas,” Church remembered thinking. “[I wouldn’t] have to go away for five or six months to do a network show, or to do a TV series, and then try to figure out how my personal life is going to work within that chunk of time.”

But it was the respect he had for Parker that made him take the “Divorce” offer seriously.

“It starts out with Sarah Jessica: that she was going to do a series and she wanted me to play her husband,” Church said, citing the actors’ collaboration on “Smart People” as well as his general admiration for the star as to why he moved forward after reading the script. Such a back-and-forth proved fortuitous for all parties. Church helped define the man in ways we have yet to fully see, just four episodes into the first season.

“The more you find out about Robert through the first 10 episodes, the more disturbing it becomes,” Church said. “And I don’t mean necessarily in an aggressive, dangerous way, but there’s definitely some stuff. I think a lot of it, maybe, came out of my brain: That there is a malevolence to him, and it starts to take over.”

Such ominous foreshadowing seems fitting for a character who’s read, thus far, exactly as Church described him: awkward and desensitized. Part of the excitement in watching “Divorce” has been examining this couple as a puzzle to be solved. Learning about their shared and independent histories should provide enticing perspective as the season continues.

The only question is whether audiences stick around to find out. Considering the series is a far cry from “Sex and the City,” whose fans may have flocked to “Divorce” simply to see Parker back on HBO, viewers who ask why they keep going will have to figure it out for themselves. It could be too uncomfortable for divorcees, too frightening for married couples, and too dark for casual consumers.

“We’ll see who the audience is, I’m not sure myself,” Parker said. “You can’t make a show with them in mind. You have to tell a story you are interested in and challenged by and are excited about. You can’t pick an audience and write a show for them.”

“Divorce” ranks among the best new fall shows, in part because of its alienating aspects; aspects that make it unique and inarguably powerful. That alone could — and should — be enough to earn viewers.

“The whole world is fictitious, but that doesn’t mean it’s not readily applicable to your life or somebody who’s important to you’s life.” Church said. “After 10 episodes, you measure the value and however relevant it is in your life.”

“Divorce” airs new episodes every Sunday at 10pm on HBO.

This Article is related to: Television and tagged Divorce, Interviews, Thomas Haden Church