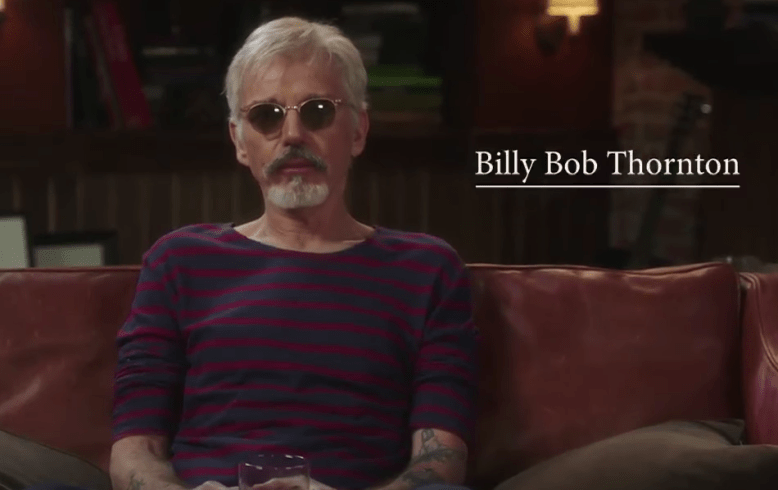 Billy Bob Thornton is reprising his role as Willie Soke in the upcoming comedy “Bad Santa 2.” Before fans see him as the grouchy, foul-mouthed con who dresses up as Saint Nick, he stopped by Comedy Central’s “Drunk History” to tell us all about one of the country’s Founding Fathers, Benjamin Franklin.

“Hi I’m Billy Bob Thornton and today we’re going to be talking about Benjamin Franklin, one of my heroes,” he says, before being interrupted by Derek Waters who pisses him off by asking him to redo his intro.

“Do me a favor, once we start, let me get three f**cking sentences out before you ask me another god d*mn question,” Thornton annoyingly tells him. Unfortunately for Thornton, Derek continues to tick him off by asking more questions regarding “Bad Santa 2,” including why they chose that title for the sequel, his co-star’s height and more. Check out the video below.

Thornton last starred in “Whisky Tango Foxtrot” and can currently be seen in the Amazon original series “Goliath.” He will also star in the thriller “Hunter Killer” and “London Fields.”