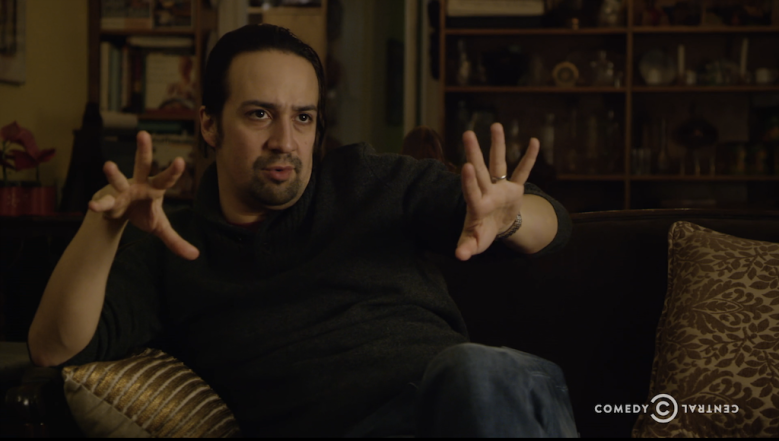 Derek Waters and Jeremy Konner’s series “Drunk History” has a simple, but effective setup: An inebriated comedian recounts an event from American history and then a group of actors enact the anecdote lip synching all the dialogue. The series has covered everything from the Haymarket Affair to the Lewis and Clark expedition to the first space walk. But an upcoming episode of the series will tackle the story of Alexander Hamilton, one of the Founding Fathers. Who better to narrate such a story than Lin-Manuel Miranda, the man behind the hit Broadway musical “Hamilton”? Watch a short clip from the episode below, starring Alia Shawkat (“Arrested Development”) as Hamilton, Aubrey Plaza (“Parks and Recreation”) as Aaron Burr, Bokeem Woodbine (“Fargo”) as George Washington and Tony Hale (“Veep”) as James Monroe.

The series began as a web series on Funny or Die, a website and production company founded by Will Ferrell, Adam McKay and Chris Henchy, back in 2010. Three years later, a television version of the series premiered on Comedy Central. Now in its fourth season, the series has garnered popularity and critical acclaim.

“Drunk History” airs Tuesday nights at 10:30 p.m. ET only on Comedy Central. The Lin-Manuel Miranda episode will air this week on Tuesday, November 29.