Like HBO's "Looking," this gay drama is helmed by an accomplished indie filmmaker and takes aesthetic cues from its home city. 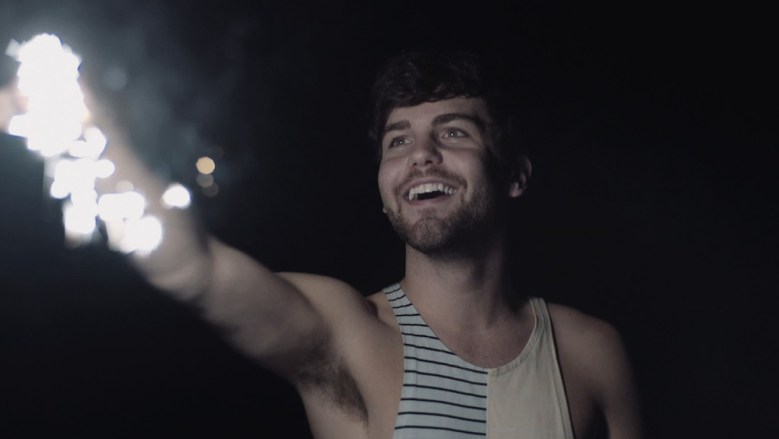 Seth Daniel in “Feral,” which aired on Dekkoo.

“If you have an ego in Memphis, it doesn’t last too long,” explained the filmmaker Morgan Jon Fox, though he has every right to one. “People don’t really put up with that here.” In addition to the four features Fox has directed, he has worked closely with Joe Swanberg, Kentucker Audley, Tim Sutton, and Craig Brewer. His first episodic, “Feral,” premiered this fall on Dekkoo, a new streaming site dedicated to hosting gay content; Dekkoo has ordered a second season of the short form drama, citing a thirty percent spike in subscriptions with the release of “Feral.”

READ MORE: ‘Will & Grace’ On Speed: Gotham-Nominated Web Series ‘The Gay and Wondrous Life of Caleb Gallo’ Is A Surreal Ride

Fox’s work is rooted deeply in his Memphis roots, and he draws from a vast well of rare and cinematic locations to give “Feral” a singular aesthetic. Atmospheric and romantic, if “Feral” could speak it would have a slow, Southern drawl, though its characters are contemporary. Billy (Jordan Nichols) is a baby-faced film director who is roommates with Daniel (Seth Daniel) a visual artist with a hidden meth problem. The show opens with the two kicking out a third roommate when Billy discovers his stash; Daniel feigns surprise. It’s a bold opening, one that signals “Feral” is not afraid of darker angles. “I’ve always made sort of gritty, Southern stories,” Fox told IndieWire, citing his love of Memphis and a desire to dismantle queer stereotypes as inspiration for the series. In addition to the drug storyline, “Feral” also deals with mental health and suicide in a frank and raw way, without sensationalizing or offering explanations where there often are none. One heartbreaking episode sets itself apart from the rest of the series by using mostly flashbacks, a technique often used in Jill Soloway’s “Transparent.”

“I often find, especially with suicide, that there’s a gay character and the suicide is related to an issue with one’s sexuality,” said Fox. “Sure, that’s obviously a thing, but I’ve had many friends who have dealt with mental illness and general mental health struggles.” His 2003 debut feature, “Blue Citrus Hearts,” told a more traditional coming out story, still set in Memphis.

“Feral” is as steeped in its Memphis setting as sweet tea on a summer’s eve: The characters spend lazy Sundays wandering its downtown streets, swimming in deserted marshlands, and making out on boardwalks in the middle of a forest. Fox was thrilled at the opportunity to film in his beloved hometown, which draws him back every time he leaves to work on projects elsewhere. “Memphis is an extremely film-friendly city,” he did. “Our film commission will help you find locations, every business you want to film in will let you film there. Instead of being skeptical or asking about your budget, it’s like, ‘how can we help you?'”

With his indie film pedigree and Southern charms, Fox was the perfect choice to helm Dekkoo’s first original series. The site launched last fall in an effort to serve an audience left behind by Netflix, which lumps its gay and lesbian content together, and has bought fewer and fewer indie films as streaming expanded. “As Netflix focused on the tried and true HBO model — the more original programming, the better — the windows for niche content became much narrower,” said Brian Sokel, COO of Dekkoo. Sokel recognized the need for niche streaming platforms to help consumers choose from a glut of content. “I may buy a record from iTunes because it has a billion titles, but I will also go to a local record store that specializes in jazz because I want to find the deepest cuts of jazz records,” he said.

READ MORE: NewFest And Beyond: Why LGBT Film Festivals Are Essential to the Future of Gay Movies

“I certainly think in some ways Netflix is like Blockbuster now,” said Fox. “You walk the store for hours and leave with no movie in your hand.” He added that there is an argument to be made for Dekkoo to take a broader approach with its content and become a queer content site, raising questions about how niche is too niche. Older gay viewers may have more spending money, but younger ones do not self segregate nearly as much.

For the characters in “Feral,” the distinction between queer film and gay and lesbian film are less important than finding a community of likeminded artists. “In the South, this idea of being post-gay is not relevant,” said Fox. “These characters are just trying to carve their own — that’s where the title comes from — they’re feral in their own way. They’re left to their own devices to figure out who their family and community is.”

Stay on top of the latest breaking film and TV news! Sign up for our email newsletter here.

This Article is related to: Television and tagged Digital, Streaming