No one thought Ted Chiang's short story could be adapted into a movie, the screenwriter breaks down how he proved them wrong. 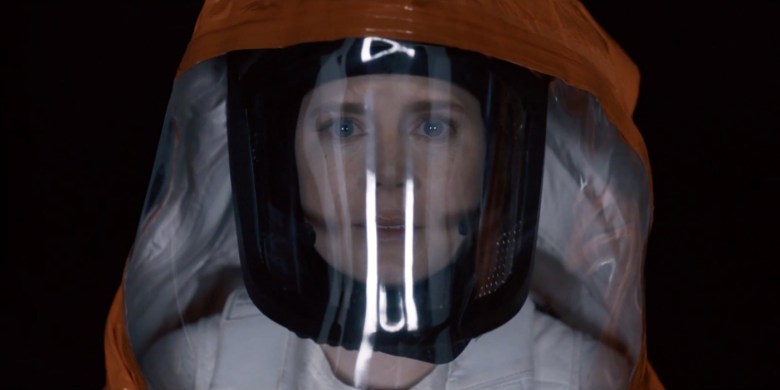 Eric Heisserer was first inspired to start screenwriting after an experience he had doing graphic design work for nuclear scientists and astrophysicists. “They were designing technology for the astronauts to use on spacewalks and repair the shuttle and I was the young and sparkly graphic designer trying my best to make them look good on the page,” Heisserer recently explained, when he was on IndieWire’s Filmmaker Toolkit Podcast.

READ MORE: Paul Verhoeven Refuses to Let Himself Be Censored By Critics (Episode 12)

Not even 21 years old, Heisserer would go out to celebrate when the team got a proposal accepted. While he was sipping on ginger ale, the boozy scientists would tell stories.

“After a couple of hours a completely wasted group of astrophysicists are the most entertaining ever,” said Heisserer. “They would walk through any number of apocalyptic scenarios and how they would solve them. These included zombies. Some would go into how close we’ve already come to apocalyptic situations, which was not good for my young brain.” Not surprisingly, the future “Arrival” screenwriter found himself most interested in their proposed solutions to potential cataclysmic scenarios.

“The best was a drunken scientist who told me that if there was an asteroid hurtling towards us, you wouldn’t use a nuke, you’d just have to paint it white and let the sun take care of it,” said Heisserer. “I immediately said ‘what, what, what go back!’ All those stories nested in my brain and I realized that the best outlet would be for me to explore in screenplay format.”

In addition to talking about how got started in screenwriting, Heisserer broke down how adapted Ted Chiang’s “The Story of Your Life” — a story no one thought was a fit for the big screen and was passed on by every studio — into what now looks like an awards contending hit.

He also discussed why he wrote the film for Amy Adams before she was attached, how “Close Encounters of the Third Kind” influenced “Arrival” and how director Denis Villeneuve brought to life the film’s rich subtext.

Listen to the entire podcast ABOVE.

This interview took place during the Savannah Film Festival, presented by SCAD. The Filmmaker Toolkit podcast is available on iTunes, Stitcher, SoundCloud and Google Play Music.