From silent sci-fi epics to Japanese punk freakouts, we pick five movies to get you started with the world's best new streaming service. 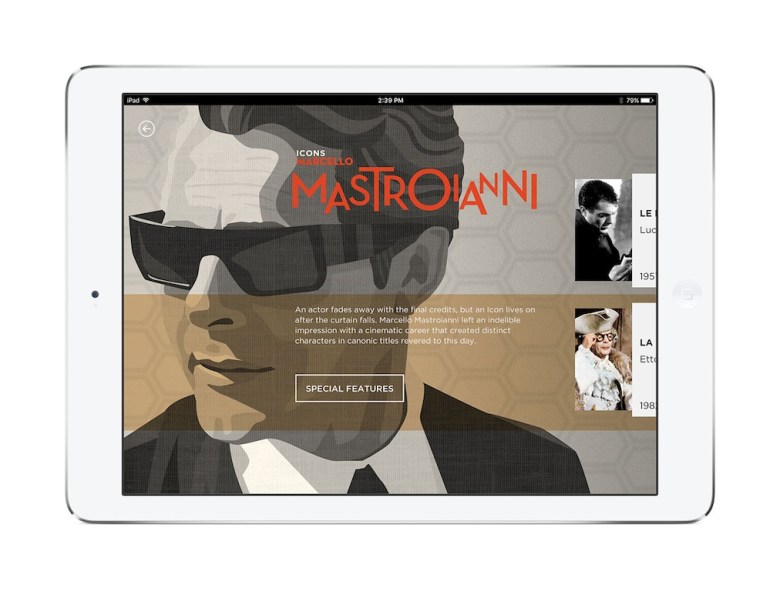 Earlier this year, it was announced that Turner Classic Movies and the Criterion Collection — perhaps the two most trusted names in the distribution and exhibition of important classic and contemporary cinema — would be joining forces to create a streaming service dedicated to sharing their combined library with cinephiles around the world. For months, it sounded too good to be true. Today, it suddenly became as real as the screen in front of your face.

If the movies are truly as dead as they say, then FilmStruck is nothing short of heaven on Earth. It’s here, it’s alive, and hot damn has it come out of the gate swinging. Hundreds of essential titles are ready to go on launch day, and while hundreds more are imminently on the way, there’s already more than enough to satisfy whatever mood you’re in and scratch itches that you didn’t even know you had.

The early films of Abbas Kiarostami? They’ve got ’em. The barrier-busting treasures of Paul Robeson? Start with “The Emperor Jones” and go from there. Feeling happy-go-lucky? Sally Hawkins to the rescue. Trying to settle the eternal debate between Charlie Chaplin and Buster Keaton? Let Harold Lloyd break the tie. From “Big Deal on Madonna Street” to “Madonna: Truth or Dare,” FilmStruck immediately boasts a film lineup that puts their competitors to shame, and they’re just getting started.

Of course, with such an embarrassment of riches, it can be hard to know where to begin. TCM and Criterion have always understood the importance of curation, and it’s only a matter of time before they implement tools that make FilmStruck function like more of a guided experience, but for now it’s hard for users not to feel like kids in a candy store, paralyzed by the sheer magnitude of choices before them.

In the hopes of easing this terrible burden and setting viewers along the right path, I’ve excavated the launch day lineup and handpicked five titles that cut a path into the goldmine within. These aren’t necessarily the five best things on FilmStruck — do you really need me to tell you to watch “Seven Samurai”? — but rather a handful of movies that you may not have been able to watch yesterday, great films that offer a taste of what the service has to offer and have the power to set you along a journey of your own design. The black sheep of Akira Kurosawa’s vaunted post-war filmography (despite winning the Oscar for Best Foreign Language Film), “Dersu Uzala” has stubbornly eluded cinephiles for decades. But just when it seemed like it would always be the one that got away, here it is, available to stream on the first day of FilmStruck.

A Soviet-Japanese co-production that’s been tangled up in copyright mishegoss since it first hit theaters in 1975, Kurosawa’s snowbound epic forges deep into the heart of the Russian tundra, tracking behind an explorer named Vladimir Arsenyev (Yury Solomin) as he establishes a lifelong bold with an aboriginal Goldi tribesman (Maxim Munzuk). A survivalist Western that spills into a singular tale of friendship, the film is utterly unique among Kurosawa’s work, and yet it resonates with the same grandeur and compassion that has allowed so many of his movies to blossom into universally beloved classics, regardless of where they were made.

Inarguably the best film ever made about the petty jealousies between Talmudic scholars, Joseph Cedar’s singular and enthralling 2012 breakthrough immerses you in the most arcane of academic worlds, and from that unlikely setting strings together one of the most anxious and involving father-son stories in recent memory. Eliezer Shkolnik (Shlomo Bar Aba) is a bitter career philologist who has always dreamed of being duly recognized for his work. His son, Uriel (the endlessly charismatic Lior Ashkenazi) is a warm professor type who shares his father’s passion for the Talmud but not his interpretation of what it says.

As if that weren’t enough of a strain on their relationship, Uriel is informed that he — and not the older, less relevant Eliezer — has won the prestigious Israel Prize. From that fraught premise, Cedar unpacks a bitterly funny drama that unfolds with the flowing grace of oral history. A B-movie story told with A-movie chops, Kim Ki-young’s wonderfully lurid melodrama is a classic in the director’s home country, and the perfect choice for anyone interested in bridging the gap between Robert Aldrich and Park Chan-wook (particularly those viewers thunderstruck by Park’s exquisite new film, “The Handmaiden”). Informed by the poisoned domesticity of 1950s American noir and anticipating the scuzzier sensibilities of the decades to come (there’s more than a little “Single White Female” at work here), Kim’s magnum opus begins when a composer hires some new help to care for his family and ease the burden on his wife. Alas, the sultry housemaid he hires (an unforgettable Lee Eun-shim) is less interested in preparing dinner and sweeping up after the children than she is in launching a hostile takeover of this white-collar paradise, and she knows exactly how to prey on the vulnerabilities of her employers.

Dizzy with twists and wracked with poisoned ironies, “The Housemaid” is sicker — and a lot smarter — than it seems. Of course, the real fun only begins when you lower your guard. One of the most anarchically frenetic movies ever made, Koreyoshi Kurahara’s “The Warped Ones” is the crown jewel of Sun Tribe cinema, the most vital and feverish of the post-war films about Japan’s growing class of disillusioned youths. Channeling the same unchecked staccato energy that French auteurs were just beginning to filter through the New Wave likes of “Breathless” and “Shoot the Piano Player,” this 76-minute shot in the arm follows a jazz aficionado (natch) and his prostitute girlfriend (double natch) as they engage in a reckless, erratic crime spree.

Unlike Godard and his Gallic contemporaries, however, Kurahara makes it exceedingly difficult to idolize his characters — there’s a good reason why college kids don’t have posters for “The Warped Ones” on the walls of their freshman dorm rooms. This is a story of rape and unchecked nihilism, a rush of a movie that feels like it was shot in a hurricane of generational angst and leverages the youthful zeal of its characters in order to shine a light on the unchecked rot that festers beneath their feet. It’s a parent’s worst nightmare, and a cinephile’s dream come true.

It may not be the most famous of Fritz Lang’s films, but 1929’s “Woman in the Moon” is one of the most immense and fantastical things that the “M” mastermind ever made, a delightfully bonkers silent sci-fi epic that found the auteur — and his medium of choice — soaring into orbit. Sort of like “A Trip to the Moon” on German steroids, Lang’s po-faced adventure follows a group of scientifically unsound entrepreneurs as they travel to Earth’s natural satellite in search of the gold that supposedly hides beneath its craters (and you thought El Dorado was a trek). Romance, suspense, and all sorts of silly theories about planetary atmospheres ensue, but while the film is inextricably a product of its time, the majesty of Lang’s direction allows it to escape the gravitational pull of pure kitsch.

A number of cuts exist, ranging from 91 minutes to 200(!) — the all-killer, no-filler 95-minute version on FilmStruck is the perfect introduction.

FilmStruck is now live. Visit their site to subscribe and for information how to begin a free two-week trial.

This Article is related to: Film and tagged Akira Kurosawa, Criterion Collection, FilmStruck