Dear millennials: Parmesan is not vegan. 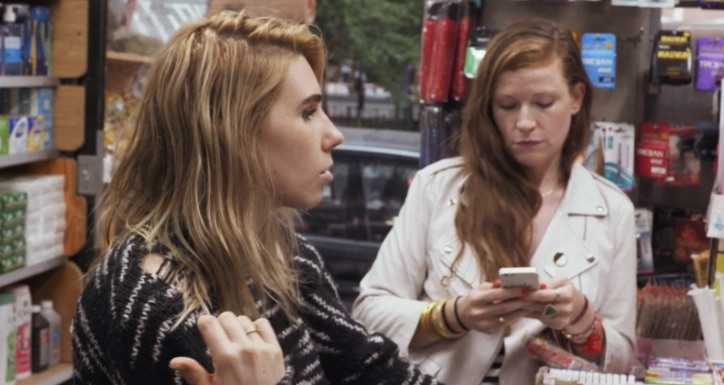 No, youth of America, parmesan is not a vegan food item. But damn if that doesn’t stop Zosia Mamet from asking for them from a presumably beleaguered bodega owner in a very funny deleted scene from Danny Sangra’s “Goldbricks in Bloom.” Mamet toplines the feature, which smartly and sharply upbraids some of the worst bits of current millennial culture. Kale chips? Just the tip of the iceberg.

The film is Sangra’s feature debut, and is described as “a social satire that explores what it means to be an artist today by interweaving the story of a self-obsessed group of disenchanted young creatives with the mythic rise and fall of a New York painter.” Over the past six years, Sangra has made over 30 short films, a number of which feature interconnected characters and stories. “Goldbricks” mines that for more fun, as it pushes together some of his previous creations.

The movie also stars Leo Fitzpatrick, Tavi Gevinson, Evan Jonigkeit, Jake Hoffman, Waris Ahluwalia, and Margaret Clunie, who all appear to be disaffected in their own ways.

Check out our exclusive deleted scene below, featuring Mamet and co-star and producer Kat Clements. And, please, don’t do this.

“Goldbricks in Bloom” is currently in limited release, and is also available exclusively on Vimeo on Demand ($2.99 to rent and $6.99 to buy).

You can find out more information on the film’s official site.

This Article is related to: Film and tagged Video, Zosia Mamet