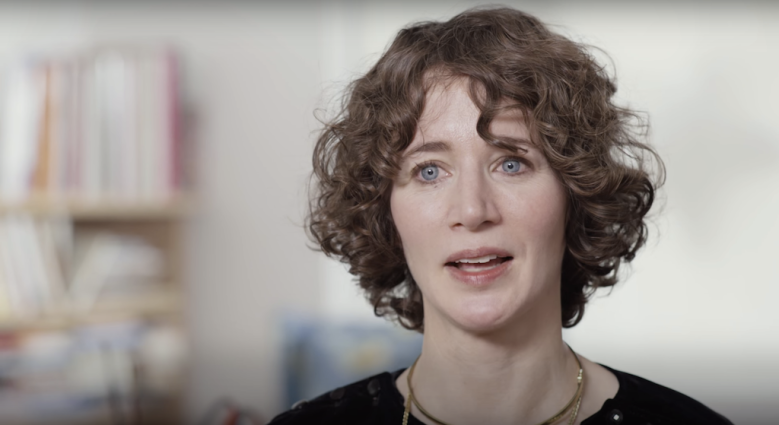 The new feature documentary “Half the Picture” explores gender equality, discriminatory hiring practices and the struggle for female creatives in Hollywood through conversations with dozens of top female film and TV directors. The film has spent over nine months in production and features over 40 interviews, and now director Amy Adrion and the rest of her team have turned to the Seed&Spark crowdfunding community to raise $30,000 to complete the principal photography. Watch a series of brief clips from the film below.

READ MORE: Female Directors in Hollywood Share Their Stories in ‘Half the Picture’

“‘Half the Picture’ is the culmination of my lifetime as a film lover,” says director Amy Adrion, “and is a tribute to the women who inspired me to make films. Also, it was important to me that we ‘be the change’ women filmmakers and film lovers want to see in the world. On the production, I’ve got a majority female crew, including my cinematographers, camera team and editor. Working with Seed&Spark means that I can carry that spirit into my crowdfunding campaign.”

Using the current EEOC (the Federal Equal Employment Opportunity Commission) investigation into discriminatory hiring practices as a framework, Adrion talks with Lena Dunham (“Girls”), Catherine Hardwicke (“Twilight”), Miranda July (“Me and You and Everyone We Know”), Gina Prince-Bythewood (“Love & Basketball”), Sam Taylor-Johnson (“Fifty Shades of Grey”), Brenda Chapman (“Brave”), and many experts on gender in media to further the discussion surrounding this moment in time.

“Our platform is out to revolutionize the entertainment industry for a more inclusive world by supporting underrepresented voices, empowering independent creators and connecting audiences to the most daring and diverse stories out there,” says Emily Best, Seed&Spark founder and CEO. “‘Half the Picture’ combines the bold storytelling and representation that make it an ideal Seed&Spark film.”

Crowdfunding for “Half the Picture” is open for 33 more hours at their Seed&Spark page. Production will conclude in December 2016 and the film is slated for a 2017 release.


Stay on top of the latest breaking film and TV news! Sign up for our Email Newsletters here.

This Article is related to: Film and tagged Catherine Hardwicke, Half The Picture, Lena Dunham