"Gilmore Girls" presented an over-practiced candidate with a shrill voice and likability issues in Season 2. 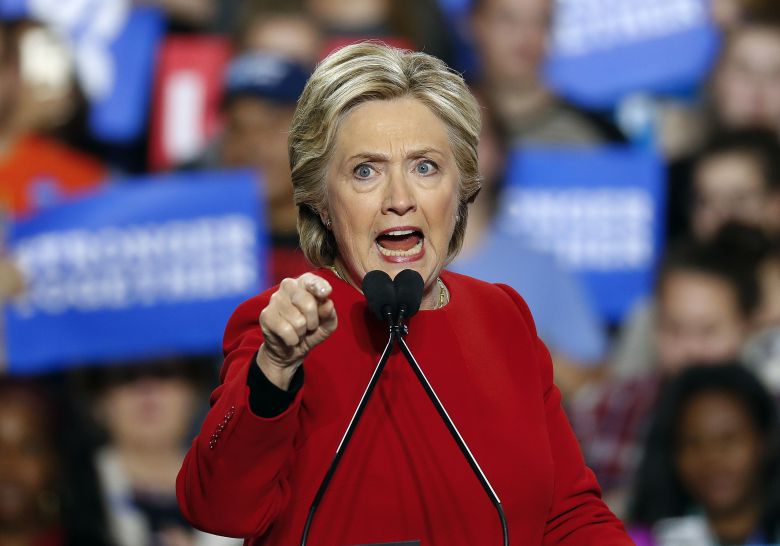 More than a decade before Hillary Clinton decided to run for President of the United States, “Gilmore Girls” held its own election with eerie parallels to the 2016 race.

During the show’s second season, overachiever Paris Geller (Liza Weil) runs for Student Body President of Chilton private school. Her two minions Madeline and Louise (Shelley Cole, Teal Redmann) have just polled fellow students to see how Paris is doing, and it’s not pretty. Although she is far and away the most qualified and competent candidate, others simply don’t like her and don’t want to vote for her.

“You mean people would rather vote for a moronic twink who they like over someone who could actually do the job?” Paris asks incredulously.  Sound familiar?

Watch the clip below for the on-point dialogue:

To make matters worse, in a later episode, a school administrator criticizes the way Paris speaks. “Everyone always says that,” she fumes. “This is my speaking voice. This is its natural volume!”

Hillary Clinton feels your pain, Paris. The ambitious student’s strategy to offset her perception problem was to pick the sweet and affable Rory Gilmore (Alexis Bledel) as her running mate. We won’t spoil how the election turns out.

The scene’s somewhat prescient nature came to light as viewers re-watch or binge all seven seasons of “Gilmore Girls” on Netflix, in preparation for the four-part revival. Paris is one of the many original characters who are returning – and it’s possible that she now holds a position of power, judging from this photo.

Face it. Her name was destined to be on a door. #GilmoreGirls #AYearintheLife

“Gilmore Girls: A Year in the Life” debuts in four 90-minute installments on Nov. 25 on Netflix.

This Article is related to: Television and tagged Gilmore Girls, Gilmore Girls: A Year in the Life, Hillary Clinton